Bryncoed Productions makes first hire to develop drama slate | Major Businesses | Business | News | Rapid TV News
By continuing to use this site you consent to the use of cookies on your device as described in our privacy policy unless you have disabled them. You can change your cookie settings at any time but parts of our site will not function correctly without them. [Close]

Recently launched scripted-content company specialising in returning series and children’s drama, Bryncoed Productions, has made its first senior hire since opening its doors in the form of Emma Yap as development producer. 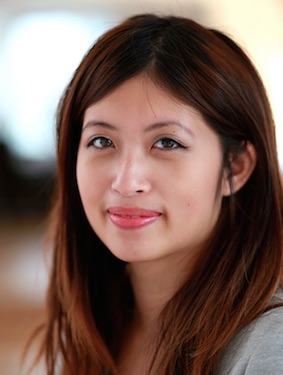 Cambridge economics graduate Yap joins the Canterbury-based boutique production company from NBCUniversal, where she served as a global acquisitions executive. She entered the media industry in 2013 after being accepted as a writer on the Royal Court Theatre’s Unheard Voices scheme. Her CV includes working in international sales for Bankside Films, as well as producing the award-winning feature film Making It. Yap is also co-founder of Female Film Leaders, which strives to address the gender imbalance within the film and TV industry.

Bryncoed regards Yap’s appointment as marks the start of an ambitious creative strategy for the company. “We are delighted to have attracted the dynamic and articulate Emma,” Allan remarked. “We want Bryncoed to be synonymous with smart, accessible, drama with an emphasis on series for premium broadcasters and platforms. Our first major project is set to go into production, with exceptional writing, acting and production talent attached. Emma’s energy, vision and ambition will help us to create the next wave of brave creative projects.”

For her part, Yap added: “I wanted to challenge my abilities in a company that values creative courage but is backed by experience and knowledge. Bryncoed’s development slate is filled with enthralling ideas, talent and innovation. This is the start of a new creative adventure and I’m honoured to be part of it.”