Sundance Now re-ups Riviera for season 2 | Programming | News | Rapid TV News
By continuing to use this site you consent to the use of cookies on your device as described in our privacy policy unless you have disabled them. You can change your cookie settings at any time but parts of our site will not function correctly without them. [Close]

Shooting again on location in Nice, Sundance Now has brought aboard season two of its crime drama, Riviera. 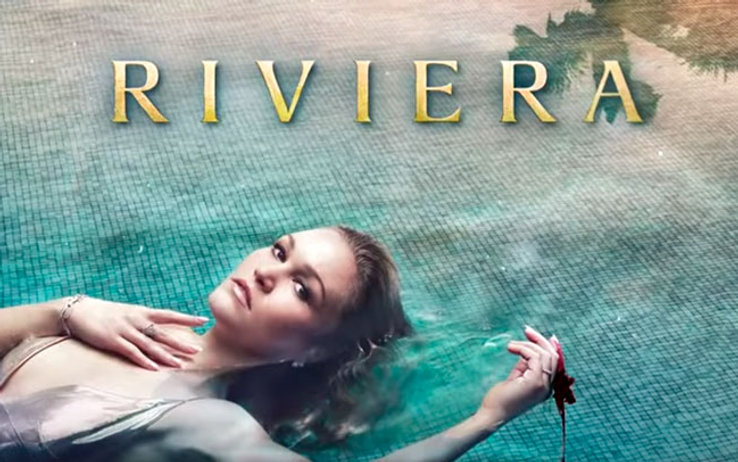 The series has been a hit for the Robert Redford-owned company and UK pay-TV giant Sky drew 1.2 million viewers live and on-demand for the season one premiere, making it the biggest launch on Sky Atlantic in 2017.

The new series will be available to stream on Sundance Now in 2019 and joining the cast for season two is Alex Lanipekun, as well as the previously announced Will Arnett, Juliet Stevenson, Poppy Delevingne, Jack Fox and Grégory Fitoussi. They'll join returning cast members Julia Stiles, Lena Olin, Roxane Duran and Dimitri Leonidas, picking up in the aftermath of the shocking first season finale.

While the Clios family contend with the devastation caused by Constantine’s death, Georgina’s focus is on getting away with murder. However, things become more complicated with the introduction of the Elthams, an aristocratic English family with secrets of their own. Juliet Stevenson takes on the role of Lady Cassandra Eltham and is joined on the Riviera by her children, the brooding Nico (Fox), the impossibly stylish Daphne (Delevingne) and Daphne’s husband Raafi Al Qadr (Lanipekun) who hails from Qatari wealth.

Meanwhile, Georgina (Stiles) is reunited with her charismatic uncle Jeff (Arnett) and we learn more about the troubled past she left behind in America. She also becomes entangled with the handsome and mysterious Noah (Fitoussi).

“We are delighted to welcome a second season of Riviera to Sundance Now,” said Jan Diedrichsen, GM of SundanceTV  and Sundance Now. “It is an addictive series with a compelling narrative, a gorgeous setting and an all-star cast – it’s no wonder that season one resonated with our members in such a powerful way.”