186MN watch 2018 Eurovision song contest | Ratings/Measurement | News | Rapid TV News
By continuing to use this site you consent to the use of cookies on your device as described in our privacy policy unless you have disabled them. You can change your cookie settings at any time but parts of our site will not function correctly without them. [Close] 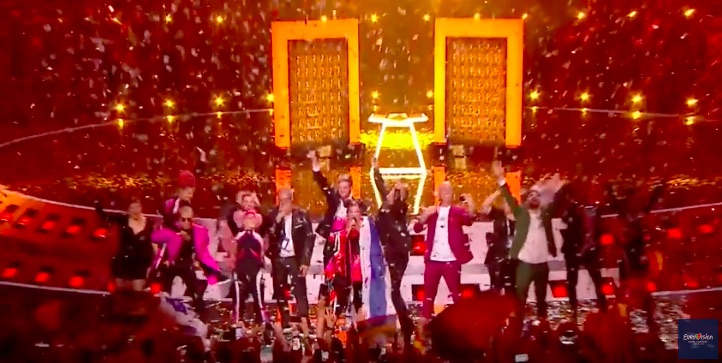 This year the contest comprised three live shows from Lisbon, Portugal on 8, 10 and 12 May and the Grand Final won by Israel’s Netta Barzilai achieved, on average, an audience share 35.8%, more than double the average prime-time viewing share for the same group of channels (15.3%), and approximately the same as that for the 2017 shows.

Israel delivered its largest audience since 2005 on KAN with an average one million viewers watching the Grand Final, accounting for just over half of the country’s TV viewing. Second-placed Cyprus had its best-ever result and its highest audience on record (since 2003), with 250 thousand viewers accounting for more than three-quarters of Cypriot TV viewing.

Germany’s ARD saw the highest average viewing figures for the eight-consecutive year (7.7 million) while seven million viewers in the UK bore witness to events including the nation’s singer SuRie have her performance interrupted by a stage invader. The UK's audience on BBC One was up 5% on 2017. France 2 had its highest viewing figures since 2009, up 10% on last year to 5.2 million.

On the Iberian peninsula, Spain's LA1 delivered the largest increase in viewers year on year, almost doubling its 2017 audience to deliver 6.4 million viewers representing a 42.2% share and making the country the third largest market overall and giving national broadcaster RTVE its biggest ESC audience since 2008. Host country Portugal's Grand Final audience was up 10% on 2017. 1.5 million Portuguese tuned in making it their biggest ESC audience since 2008 and giving host broadcaster RTP a 36.4% audience share.

Iceland delivered the largest viewing share of all the markets (95.3%), despite its entry not making it to the final for a fourth consecutive year.
Looking ag age demographics, the viewing figures — produced by the EBU and based on Eurodata TV’s and relevant partners’ data — showed that on average 43.1% of 15-24-year olds watching TV in 42 markets enjoyed the Grand Final which is four times higher than the broadcast channels average of 10.6%. Viewing share was also around four times higher than the broadcast channels average among children (4-15 years olds; 35.1% / 8.3%) and young adults (25-34-year olds; 35.4% / 9.5%).

In addition, and noting where future audiences will be sourced, there were 6.6 million live streaming sessions in 198 territories across the 3 shows on the official ESC YouTube channel, an increase of 10% compared to last year. 2.2 million unique viewers tuned in for the Grand Final on YouTube.