Comcast to take on Disney for Fox assets with rival bid | Major Businesses | Business | News | Rapid TV News
By continuing to use this site you consent to the use of cookies on your device as described in our privacy policy unless you have disabled them. You can change your cookie settings at any time but parts of our site will not function correctly without them. [Close]

Comcast to take on Disney for Fox assets with rival bid

US cable giant Comcast has confirmed that it’s prepping an all-cash offer for most of the media assets of Twenty-First Century Fox. 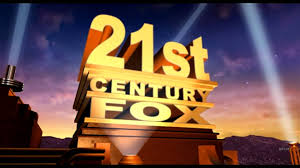 The tender will likely set up a bidding war with Walt Disney Co, which already has a $52 billion all-stock deal with Fox on the table. Fox has agreed to sell everything except its US TV holdings, which include cable networks Fox News, Fox Business and Fox Sports; the nationwide FOX broadcast network; the TV stations group; and other sports networks, including FS1, FS2, Fox Deportes and Big Ten Network.

“While no final decision has been made, at this point the work to finance the all-cash offer and make the key regulatory filings is well advanced,” Comcast said in a statement.

Fox’s largest shareholder, Rupert Murdoch, would be hit with a multi-billion dollar capital gains tax bill if he accepted an all-cash offer according to the Reuters news agency, which may put a dampener on Comcast’s hopes.