AMC releases VR, 360 documentaries platform in Spain | Infrastructure | News | Rapid TV News
By continuing to use this site you consent to the use of cookies on your device as described in our privacy policy unless you have disabled them. You can change your cookie settings at any time but parts of our site will not function correctly without them. [Close]

AMC Networks has increased the transmedia experience of its Odisea pay-TV network in Spain by launching a virtual reality and 360º video platform. 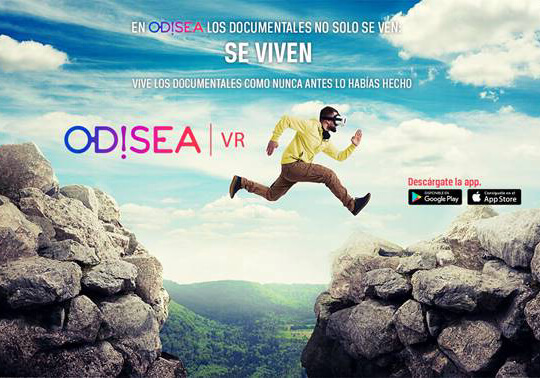 Odisea VR is a free mobile app for Android and iOS devices which is to deliver virtual reality documentary pieces. It has been launched with 40 titles and short pieces, and the catalogue will be updated monthly.

All the pieces, which enable users to experience the inside of a volcano or the rush of a Formula One pit stop, will be related to Odisea’s exclusive programming.
Besides, following the premiere of an in-house documentary about virtual reality, the network will release four original VR pieces through the app. Such content has been co-produced with the Spanish house The VRain.

“After premiering Odisea 4K in 2017, the network presents a new content proposal for its viewers, expanding the documentary experience beyond TV. The app, which can be used through a smartphone and a VR headset, will deliver content curated by the company,” pointed out the AMC network.