MENA appetite for TV soars by 78% in Ramadan | Ratings/Measurement | News | Rapid TV News
By continuing to use this site you consent to the use of cookies on your device as described in our privacy policy unless you have disabled them. You can change your cookie settings at any time but parts of our site will not function correctly without them. [Close]

MENA appetite for TV soars by 78% in Ramadan

Television viewership during Ramadan increases by 78% in the Middle East and North Africa (MENA), according to a recent YouGov survey commissioned by Netflix. 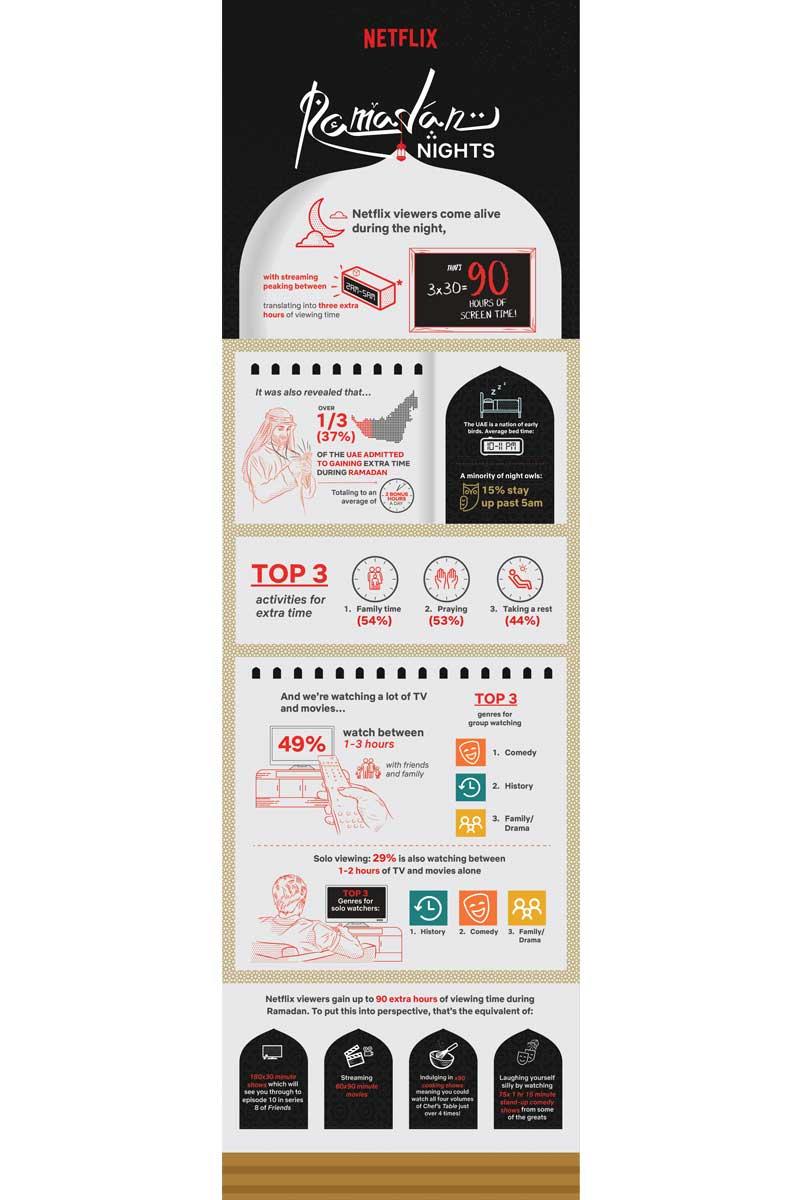 The change in viewing habits come as many will stay awake in the earlier hours of the morning for suhoor — when Muslims eat their last meal of the day before fasting. The YouGov survey was conducted between April 2017 and 2018 in Saudi Arabia, the UAE and Egypt, with respondents aged 18 and above.

Netflix’s peak audience in the Middle East shifts to between 2am and 5am during the Islamic holy month, with viewers spending up to three extra hours a day watching TV shows or films. Over 30 days this equates to 90 extra hours of TV – equivalent to about 60 movies or 180 30-minute shows. Netflix is releasing new content this Ramadan including The Rain, Forgive us our Debts, Sarah’s Notebook, The 100 and The Walk.

With around 53% of respondents watching between two to three hours of TV with friends and family each day during Ramadan, the most watched TV genre is comedy, followed by family drama and history. In Saudi Arabia, action and thrillers are particularly popular.