Stars shine in MBC’s Ramadan programming | Programming | News | Rapid TV News
By continuing to use this site you consent to the use of cookies on your device as described in our privacy policy unless you have disabled them. You can change your cookie settings at any time but parts of our site will not function correctly without them. [Close]

Broadcaster MBC has unveiled a host of star-studded premium Arabic drama productions, as well as comedy, social and educational shows for its Ramadan programming line-up this year. 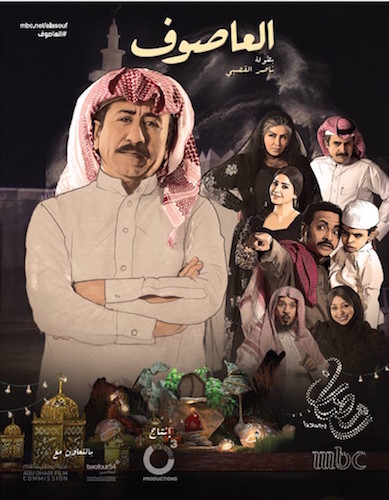 Ramadan programming will appear across the Middle East and North Africa (MENA) on four of MBC’s free-to-air TV channels – MBC1, MBC Drama, MBC Masr and MBC4 – along with its video-on-demand (VOD) service Shahid.net.

Egyptian drama Abu Omar Al Masri, also on MBC1, is based on the book by Ezz El Deen Shukri Fashir and looks at the extent to which injustice affects individuals in the region. It stars, among others, Ahmed Ezz, Arwa Gouda, Munther Rihan, Fathi Abdel Wahab, Mohamed Salam, and Amal Bouchoucha.

Al Khafee Aatham, on MBC Drama, is a mystery-meets-love story set in and styled on 1970s productions. Its cast is lead by Haya Abdel Salam, Ali Kakouli, Ibrahim Al Harbi, and Laila Abdulla.

Another Ramadan series on MBC Drama, Al Khataya Al A’ashr or ‘The 10 Sins’, is what MBC terms a “daring social drama” based on the concept of remorse and its impact on the human being. It stars, among others, Haifa Hussein, Abdulmohsen Al-Nimr, and Sumaya Al-Khanna.

The second instalment of Kalbash (Al Fahd) brings suspense and adventure to MBC4, when officer Salim Ansari returns to seek revenge on those who wronged his family. Ameer Karara, Hala Fakher, Rogina, and Mahmoud El-Bazzawy are among the cast.

Based on a novel by Naguib Mahfouz, Tareeq (MBC4) asks if a simple man from a modest culture can partner an educated and ambitious woman in certain Arab societies?