MBC’s 03, Image Nation extend Saudi TV, film content partnership | Deals | News | Rapid TV News
By continuing to use this site you consent to the use of cookies on your device as described in our privacy policy unless you have disabled them. You can change your cookie settings at any time but parts of our site will not function correctly without them. [Close] 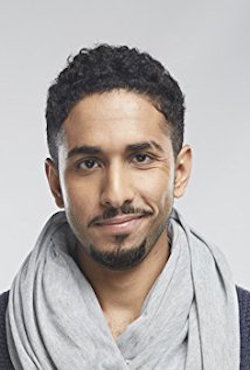 The news follows Saudi Arabia’s debut at the Cannes Film Festival last week, where it revealed an incentives package to attract overseas productions as well as grants and education initiatives for Saudi filmmakers.

One film in to be made by 03 and Image Nation is the comedy Love Above the Law, written by Saudi YouTube star, comedian and actor Fahad Albutairi (pictured), who starred in Ali Mustafa’s From A to B. It will be directed by Emirati Majid Al-Ansari, whose thriller film Zinzana was acquired by Netflix.

The already-announced adaptation of Ibraheem Abbas’ novel sci-fi HWJN into an Arabic feature film marks the first production project for the two Gulf-based content companies. 03 and Image Nation will then partner for a TV spin-off of the feature titled The Delusionists, as well as two further TV series, details of which are yet to be announced.

“As 03, this project is a landmark one for us as we are embarking on an exciting journey into an innovative and fresh genre of Saudi drama based on a best seller novel and its exciting world created by the pioneer work of Yatakhayaloon team,” said Fadi Ismail, group director of 03 Productions.

“We are happy that we are not alone in such a venture but joined forces with Image Nation working closely with its team to produce what we hope will lead to a higher quality of captivating storytelling and production values in film and TV drama in this project and beyond.”

The four titles will be filmed in Saudi Arabia using local talent, starting 2019, with casting underway.

To attract filmmakers to the country, Saudi Arabia has introduced an incentive for projects with a minimum of 35% of production spending in the country, with funding of 50% of all money spent on Saudi talent.