CBS All Access rocks up on Roku in Canada | VOD | News | Rapid TV News
By continuing to use this site you consent to the use of cookies on your device as described in our privacy policy unless you have disabled them. You can change your cookie settings at any time but parts of our site will not function correctly without them. [Close]

CBS All Access rocks up on Roku in Canada

Weeks after Canada became the first non-US country for the direct-to-consumer digital subscription video on-demand service, CBS All Access is now available on Roku streaming players and Roku TVs models in the country. 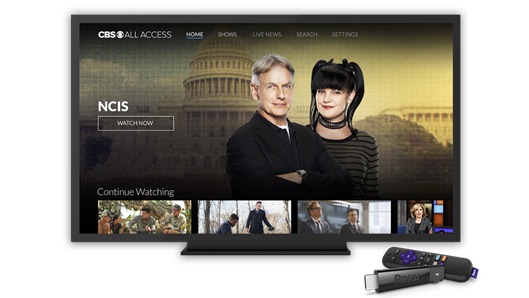 The service, which launched in Canada in April 2018, offers viewers more than 7,500 commercial-free episodes on demand spanning full current seasons of select CBS series, entire previous seasons and classic shows, as well as the ability to live stream the CBS News 24/7 streaming news service, CBSN. Currently it is building seasons of nearly 20 primetime shows including NCIS, Bull, Seal Team, MacGyver and Instinct, with new episodes available seven days after they are broadcast. It also offers all past seasons of 15 primetime series including NCIS, Survivor, Elementary and Madam Secretary.

“Within just weeks of debuting CBS All Access in Canada, we’re thrilled to be bringing the service to Roku streaming players and Roku TVs, giving subscribers even more ways to watch CBS programming and expanding on our longstanding partnership with Roku in the US,” remarked Rob Gelick, executive vice president and general manager, CBS Entertainment Digital. “The early reception to the service in Canada has been very positive, and we look forward to continuing to introduce Canadian audiences to CBS All Access.

In addition to today’s launch on Roku streaming players and Roku TVs, CBS All Access is also available in Canada at cbsallaccess.ca, on iOS and Android mobile and tablet devices, and on Apple TV and Chromecast. CBS All Access will be launching on additional connected devices in Canada in the coming months.
Tweet