Rapid TV News - Twofour54, Arabsat partner for satellite uplink in Abu Dhabi
By continuing to use this site you consent to the use of cookies on your device as described in our privacy policy unless you have disabled them. You can change your cookie settings at any time but parts of our site will not function correctly without them. [Close]

Middle East broadcasters will be able to distribute their content directly from Abu Dhabi’s free zone, following an agreement by Arabsat to establish a satellite uplink from the twofour54 media hub. 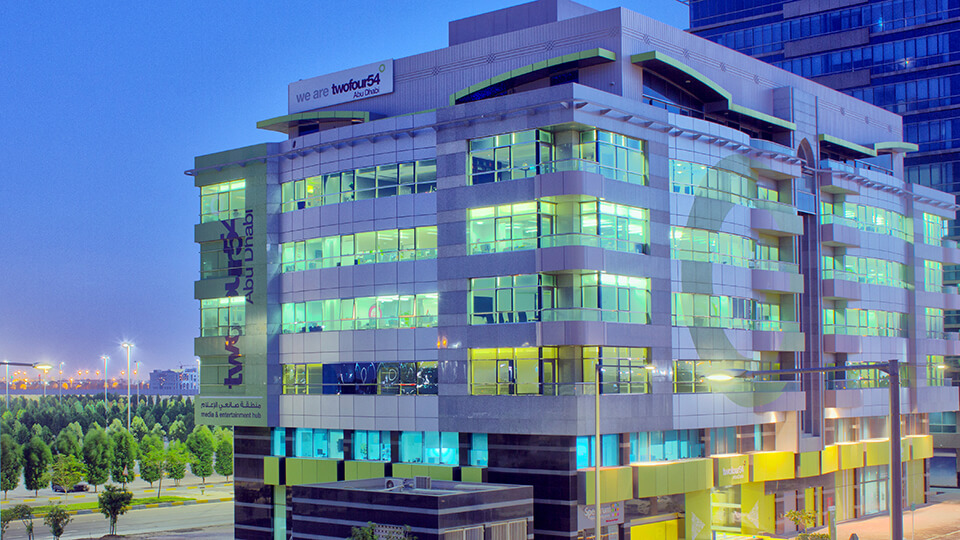 Prompted by the drive for advanced uplink technology, and HD, 4K and UHD resolution in the region, the agreement will see new satellite TV channels launched on Arabsat’s Badr-4 satellite for twofour54’s partner organisations and broadcasters across the Middle East and North Africa (MENA).

“The satellite uplink-platform at twofour54 is yet another example of the thriving media ecosystem that is being built in Abu Dhabi as well as the growing demand in the region for high quality content,” said Maryam Eid AlMheiri, CEO of Abu Dhabi Media Zone Authority, and twofour54.

“Content creation is at the heart of everything we do at twofour54 and we are delighted to be working with the largest satellite company in the region on a project that will also allow us to play an important role in its distribution as well. This uplink will provide great value to our existing partners as well as even more incentive to those looking to join our community in the future.”

Arabsat president & CEO Khalid Balkheyour added: “Arabsat is proud to expand its broadcasting partnership portfolio by launching our new bouquet on Arabsat Badr-4 satellite from there, enabling new premium capabilities and quality of service for our clients in MENA, as well as empowering twofour54’s clients to reach MENA, Europe and beyond”.

Arabsat would support twofour54 to develop a range of teleport services, including the UAE’s first HDR platform.