Telefónica, Atresmedia move forward with first content partnership | Programming | News | Rapid TV News
By continuing to use this site you consent to the use of cookies on your device as described in our privacy policy unless you have disabled them. You can change your cookie settings at any time but parts of our site will not function correctly without them. [Close]

Strengthening their nascent alliance, Telefónica and Atresmedia are moving forward with the production of El Embarcadero, Movistar+’s next original series. 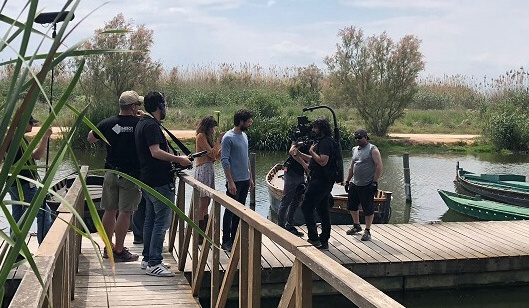 Together with Atresmedia Studios and Vancouver Media, which has also produced La Casa de Papel, Movistar+ will shoot El Embarcadero between May and November 2018. The format will then premiere during 2019.

Through this series, Atresmedia and Movistar+ strengthen a one-of-its-kind alliance between a free-to-air (FTA) network and a pay-TV platform. It’s also the first project to be secured by Atresmedia’s global production unit, Atresmedia Studios.

Starring Cecilia Roth, Roberto Enríquez, Marta Milans, Paco Manzanedo and Miquel Fernández, the drama series will join the growing in-house catalogue of Telefónica, through which the telco aims to build up its position as Spanish-language content hub in Spain and Latin America.

Through this deal, Atresmedia Studios intends to gain more visibility as content producer, drawing the attention of other broadcasters, pay-TV players and over-the-top (OTT) platforms.