Protest against RTVE censorship spills over into prime time | Broadcast | News | Rapid TV News
By continuing to use this site you consent to the use of cookies on your device as described in our privacy policy unless you have disabled them. You can change your cookie settings at any time but parts of our site will not function correctly without them. [Close]

Protest against RTVE censorship spills over into prime time

The fight of RTVE workers against news manipulation and censorship has gained visibility as most of the network’s hosts brought the protest to prime-time broadcastings. 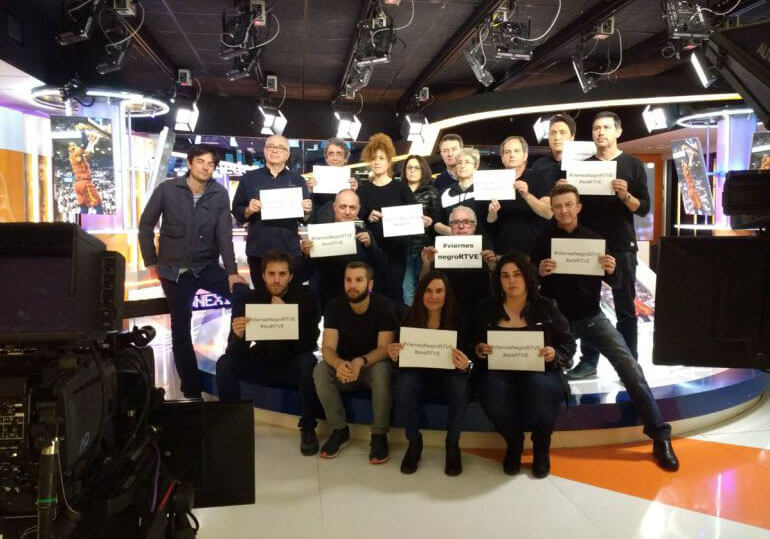 The protest has continued to gain ground and involving an increasing number of journalists, hosts and technicians. At the weekend and dressed up in black, news hosts and journalists contributed to extend the reach of their fight, aiming to inform RTVE’s audience about the situation inside the broadcaster.

Over the last few weeks, in a movement led by the group of female journalists Mujeres RTVE, many workers of the public corporation revealed different censoring and manipulation episodes through social media.

However, the fight, which has even reached international media over the last days, is not new. In a report published in 2015, the International Press Institute was already pointing to an increasing lack of independency within the public broadcaster.

As several manipulation episodes were reported during the coverage of Catalonia’s independency referendum last 1 October, the protests have been arising and gaining more international visibility.