Singapore’s StarHub to offer dimsum to go | VOD | News | Rapid TV News
By continuing to use this site you consent to the use of cookies on your device as described in our privacy policy unless you have disabled them. You can change your cookie settings at any time but parts of our site will not function correctly without them. [Close]

Video streaming service dimsum is launching in Singapore, through a partnership between its Malaysian owner Star Media Group and local cable company StarHub. 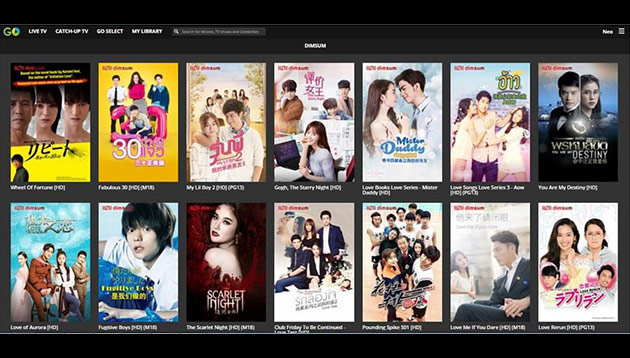 The move marks the third Asian market for dimsum, which already offers Asian content on-demand to subscribers in Malaysia and Brunei. The new Singapore service offers StarHub Go viewers a ‘skinny’ version of dimsum, with streamed content from China, Thailand, Japan and Korea. Among the shows available include Japanese drama Love-Rerun, Thai drama You Are My Destiny, and South Korean web series High End Crush.

“dimsum will expand the breadth and depth of our StarHub Go offering. In addition to new Thai dramas, StarHub Go Select customers can look forward to hours of programming from China, Japan and Korea at no additional cost,” said Justin Ang, head of product, StarHub.

dimsum launched in Malaysia in November 2016, priced at RM15 per month. It recently expanded its Malaysian service through a partnership with Japanese animation content producer Ani-One. As part of the deal, anime series will be added to dimsum, including Infi-T Force, Overlord 2 and Tales of Zestitiathe X.

“Malaysia is the first country of Ani-One launched outside Hong Kong. We are very delighted...to partner with dimsum who is making waves in the VOD space in Malaysia and eventually the region, as it offers Japanese anime fans a whole new and convenient way to watch animation,” said Belinda Ngoh, licensing director of Ani-One.