4K UHD, premium sets to drive worldwide TV trade value | 4K/UltraHD | News | Rapid TV News
By continuing to use this site you consent to the use of cookies on your device as described in our privacy policy unless you have disabled them. You can change your cookie settings at any time but parts of our site will not function correctly without them. [Close]

Consumer demand for TV sets is poised to return to growth in 2018, says research from Futuresource Consulting, which adds that the recovery of several markets linked with a transition to 4K/UltraHD models will drive trade value up by 5% to $85 billion. 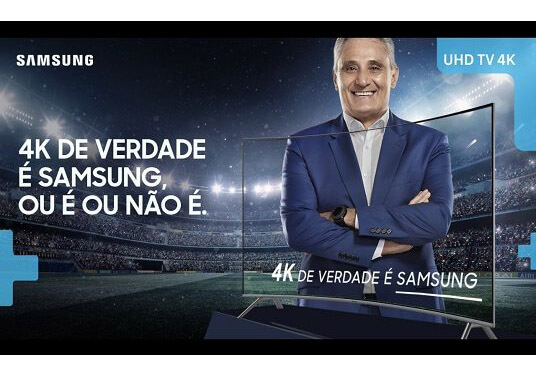 The latest Worldwide TV Market Report calculates that 4K UHD TV sets will ship over 100 million units this year, equivalent to two-thirds of the entire large screen market. The analyst believes that consumers increasingly want larger screens, and this was playing nicely into the 4K UHD proposition. Indeed, despite the fact that the world's two largest markets, China and the US, both saw falls in 2017 they have a positive outlook in 2018, with a significant mix of large screens and 4K UHD sets. Western Europe was on course to match the 44% Chinese household ownership of 4K UHD TVs by 2022.

Futuresource noted that with a substantial installed base of 4K UHD TV households to target, content is now becoming available across markets. “[The US and China} have been ahead of most other markets in terms of adoption of 4K UHD and large screens generally,” commented David Tett, market analyst at Futuresource Consulting. “Over three quarters of sets that sell in the US and China this year will be over 40 inches. However, other regions are now catching up...Our Living with Digital consumer research shows that there has been a significant step-up in the proportion of 4K UHD TV owners who say they have watched this content at home. This is the result not just of an expanding number of SVOD subscribers, but also a growing choice of content via linear TV.”

The analyst also observed that the inclusion of voice is the latest weapon being deployed by the biggest vendors in the heated battleground of premium TV. The most popular Voice Assistant (VA) platforms, Google Assistant and Amazon's Alexa, were being incorporated into the latest TVs from LG, Hisense, TCL and Vizio. The report also acknowledged that Samsung, meanwhile, will be utilising its in-house Bixby assistant in its 2018 QLED range and that with smart home and IoT becoming a focus for many brands, Futuresource expects the inclusion of VAs to grow rapidly in TVs.

Also, in pursuit of better margins, most vendors have introduced either QLED or OLED display technology to larger screens. “The two largest TV vendors are currently on opposing sides; Samsung is the driving force behind QLED and LG is OLED's primary backer,” Tett added. Futuresource expects a 41% CAGR between 2018 and 2022 of these technologies, resulting in around 8 million sets shipping in 2022.

Amongst other findings, the report showed that HDR is expected to be present in three-fifths of 4K UHD sets this year. HDR 10 is the most commonly found solution currently across vendors but the availability of a range of technologies including HDR 10, HDR 10+, HLG, Advanced HDR and Dolby Vision is leading to some consumer confusion.
Tweet