vMVPD, D2C revenues to rocket eightfold over next five years | VOD | News | Rapid TV News
By continuing to use this site you consent to the use of cookies on your device as described in our privacy policy unless you have disabled them. You can change your cookie settings at any time but parts of our site will not function correctly without them. [Close]

vMVPD, D2C revenues to rocket eightfold over next five years

A study from Digital TV Research has predicted that the emergence direct to consumer services, along with continued momentum among virtual multichannel video programming distributor will generate $24 billion by 2023. 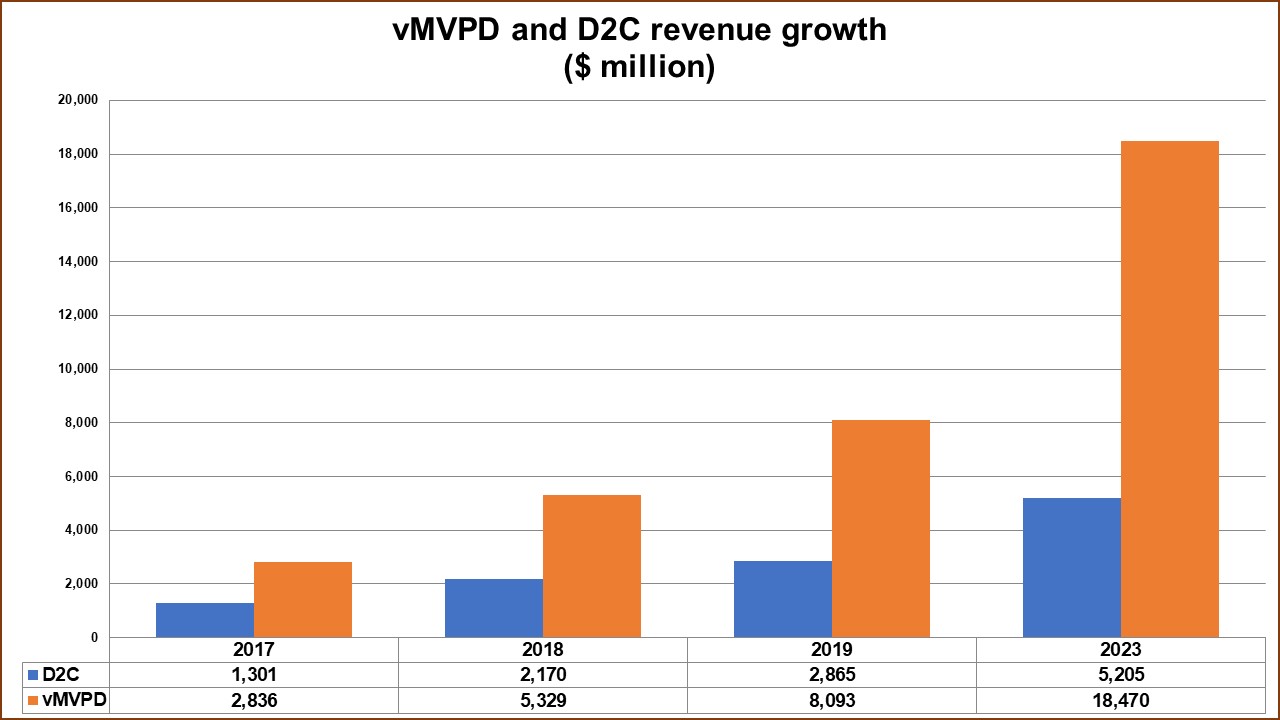 This figure, says the vMVPD and D2C TV Forecasts report, is eight times the $3 billion recorded in 2017. What Digital TV Research stresses is that contrary to some received wisdom, vMVPD and D2C are not mutually exclusive. Many vMVPD platforms provide access to D2C platforms for an additional fee. It adds that vMVPD will overshadow D2C with its revenues more than triple the D2C total by 2023 in the 17 countries covered in the report.

In business terms, the vMVPD and D2C TV Forecasts report states that the US will supply $12.34 billion in vMVPD revenues by 2023, two-thirds of the total. The only other country to earn more than $1 billion by 2023 will be the UK.
Tweet