BT Sport appoints EE exec Stagg to top mobile role | Mobile | News | Rapid TV News
By continuing to use this site you consent to the use of cookies on your device as described in our privacy policy unless you have disabled them. You can change your cookie settings at any time but parts of our site will not function correctly without them. [Close]

In a move it says highlights the importance of mobile to its ambitions, BT Sport has announced EE's Matt Stagg to the newly created role of director of mobile strategy. 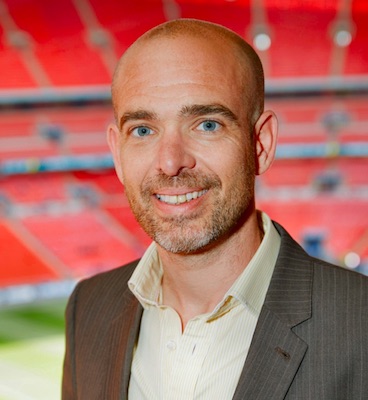 BT Sport says it has seen huge growth in the popularity of its mobile platform in the last two years, a phenomenon accelerated by its close tie-up with EE. The recent UEFA Champions League football quarter final clashes have drawn BT Sport's largest ever mobile audiences and the telco says that 'breakthrough' broadcasts of the UEFA Champions League in 360° and HD HDR have reinforced the focus on mobile.

Stagg has over 25 years' experience in telecoms, media and entertainment and was recently voted in the top 50 most influential people in online TV for the fourth year running. In 2017, he was awarded the TV Connect People's Choice award for the 'Person who made the biggest impact on the connected entertainment industry'. He is the founder and chairman of the Mobile Video Alliance and co-founder of the LTE-Broadcast Global Alliance.

In his new role, Stagg will be responsible for developing BT Sport's mobile capabilities while continuing to lead EE's strategy for delivering 4G and 5G networks for the media and broadcast industries. He will report to BT Sport chief operations officer Jamie Hindhaugh, who, commenting on the appointment, said: "Mobile is hugely important to our future. Matt will ensure we continue to lead the way with mobile innovation and capitalise on this growing audience."

Stagg added: "I've been working closely with BT Sport since well before EE became part of BT - it is Europe's most ambitious and innovative broadcaster, and it has a very clear focus on the mobile opportunity."