Netflix buys La Casa de Papel | VOD | News | Rapid TV News
By continuing to use this site you consent to the use of cookies on your device as described in our privacy policy unless you have disabled them. You can change your cookie settings at any time but parts of our site will not function correctly without them. [Close] 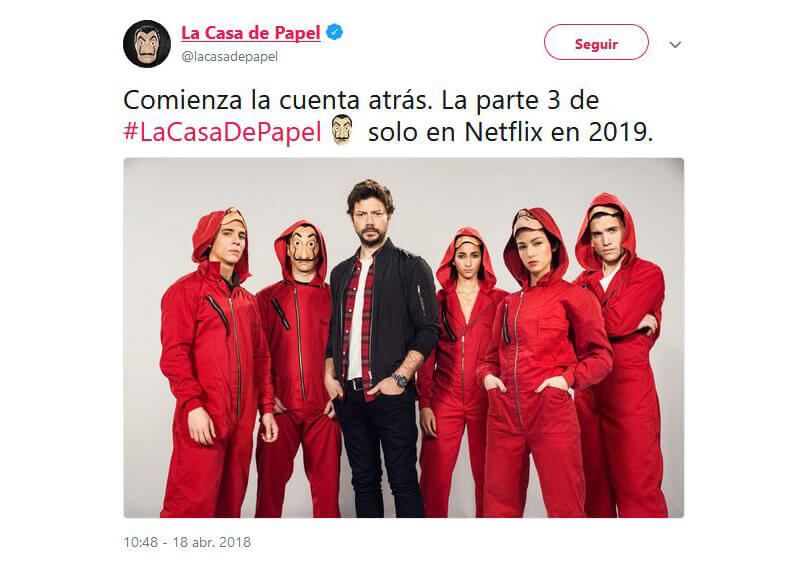 24 hours after claiming the series had become the most watched non-English format ever on Netflix, the SVOD player and Atresmedia announced the agreement with Vancouver Media to produce a second season of the thriller.

Under the terms of the agreement, Netflix and Vancouver Media will be the only production companies, while Atresmedia, which produced and originally broadcast La Casa de Papel’s first season, will play no part in the series’ future.

According to Atresmedia, the deal proves the company’s role as a springboard for Spanish productions and, specifically, fictional series. The media house has had previous international hits such as Velvet, Gran Hotel and Vis a Vis.

La Casa de Papel (Money Heist) averaged over two million viewers during its first and only season broadcast on Spain’s Antena 3. Since its global release by Netflix a year ago, it has captured audiences in Europe, Asia, Latin America, Italy, Mexico, Argentina, Peru and Chile.
Tweet