LATAM pay-TV loses $8BN a year to piracy | Media Analysis | Business
By continuing to use this site you consent to the use of cookies on your device as described in our privacy policy unless you have disabled them. You can change your cookie settings at any time but parts of our site will not function correctly without them. [Close]

A report from Business Bureau has revealed that $4.78 billion and $3.33 billion are lost every year in Latin America due to piracy and under-reporting, respectively. 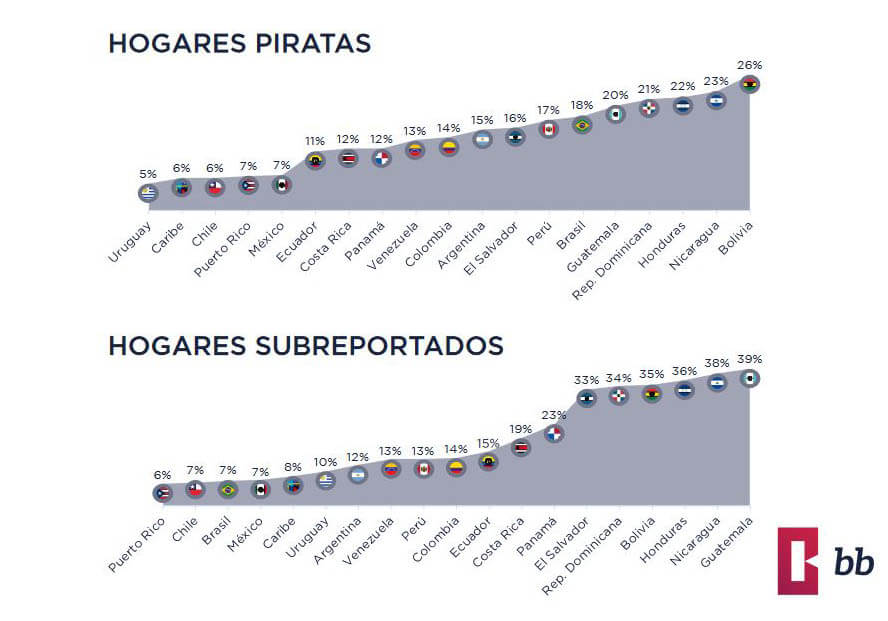 According to the Argentinean analyst, there are over 20 million illegal pay-TV homes across the region, making the industry to lose over $8 billion in revenues each year.

Piracy and under-reporting are high in some countries including Bolivia, where 26% of pay-TV subscriptions are pirate. Central America is again in the spotlight, with 23% of pay-TV households subscribing to a pirate operator in Nicaragua, 22% in Honduras, 21% in the Dominican Republic and 20% in Guatemala.

A similar picture is painted by the analysts regarding under-reporting. Over a third of subscriptions are not properly reported in Guatemala, Nicaragua, Honduras, Bolivia and the Dominican Republic. However, the impact of under-reporting is low in Chile, Brazil and Mexico.

“Irregularities and piracy increase the concern of operators and programmers, as their markets are stagnating and no new customers are subscribing to the service,” said Business Bureau.

The future isn’t looking much brighter. The report forecasts that Latin America will reach 95 million pay-TV subscribers by 2021, of which nearly 19 million will still be paying for pirate services or be under-reported.