Superheroes win over Brazilian VOD viewers | VOD | News | Rapid TV News
By continuing to use this site you consent to the use of cookies on your device as described in our privacy policy unless you have disabled them. You can change your cookie settings at any time but parts of our site will not function correctly without them. [Close] 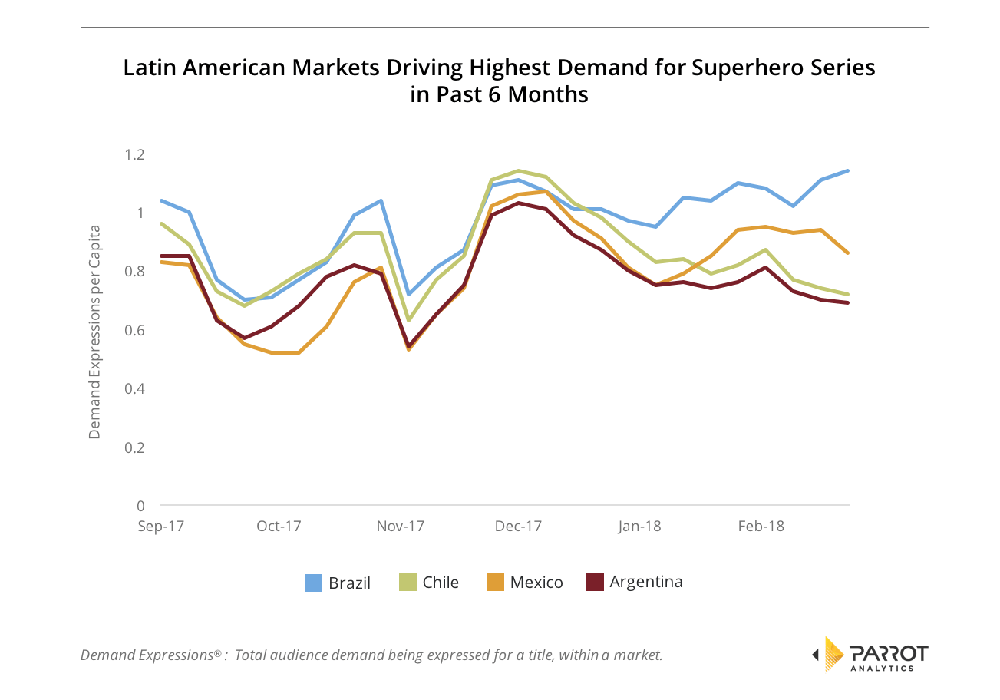 During February 2018, the superhero subgenre was the third most demanded content in Latin America, driven by titles like Super Girl and Arrow, has pointed out the analysis firm.

However, superheroes success was uneven across the region, with Brazil's demand for this kind of series being 83% higher than the Latin American average, and Mexico's being 41% above average.

Leading the race for the ranking of most popular superhero titles within Brazil is The Flash, currently in its fourth season, followed by Supergil.

"While the crime-fighting Arrow spin-off tends to be a hit world-wide, it performs especially well in this market: Brazil generated the third highest demand for the series globally last month, edged out by Jamaica and the United States," pointed out Parrot Analytics.

The Flash and DC Comics series Supergirl ranked 10 and 11 respectively when looking to the overall VOD ranking in Brazil.

"Looking at the past six months of demand data for superhero series illustrates Brazil's fandom for the subgenre isn't new. The country has been leading the charge, or a close runner-up, for several months now," added the report. "Moving into 2018, Brazil appears to be differentiating itself from the rest of the countries as the clear superhero super-fan."
Tweet