AWS Elemental claims Winter Olympics streaming successes | Infrastructure | News | Rapid TV News
By continuing to use this site you consent to the use of cookies on your device as described in our privacy policy unless you have disabled them. You can change your cookie settings at any time but parts of our site will not function correctly without them. [Close] 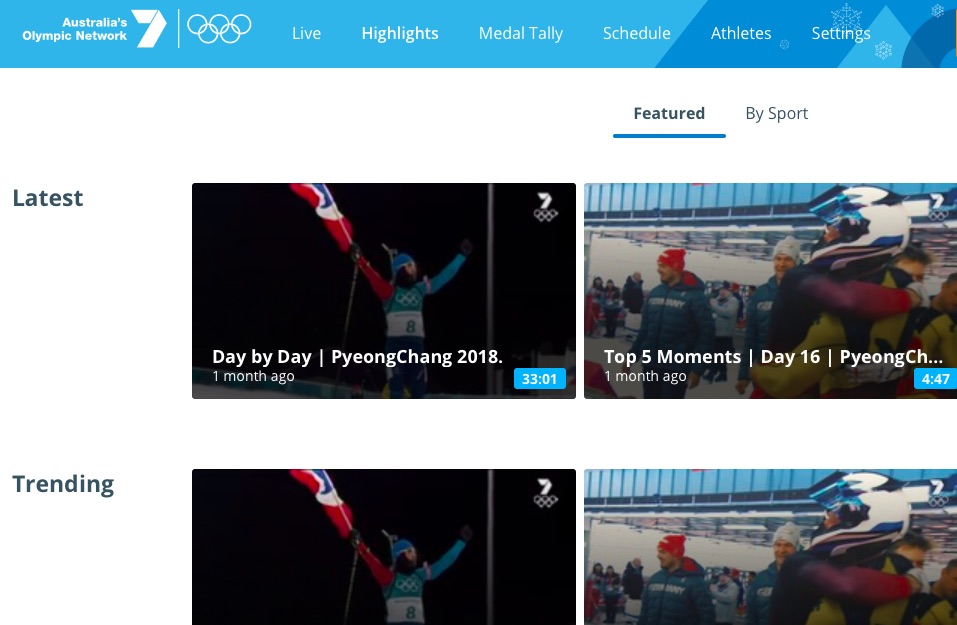 “As the ultimate showcase of winter sports comes together in South Korea, POOQ subscribers are enjoying fast, flexible access to all of the action,” said CAP CTO Felix Cho. “With unprecedented numbers of total and concurrent viewers, our AWS-powered video infrastructure met the challenge, delivering reliable, high-quality live and on-demand content that empowers an outstanding user experience.”

For its part Seven offered Australians the OlympicsOn7 and 7plus App services which delivered nearly 140 million minutes of video streaming over the 18 days, in addition to a broadcast TV reach of 16 million and social reach of 7.1 million. Seven used AWS Elemental Live L505AE multi-channel live encoders, each unit processing up to eight live Winter Olympics sporting events simultaneously. This allowed viewers to follow live their chosen sport, be it, for example, snowboarding, alpine skiing or ice hockey.

AWS Elemental advanced adaptive bit rate H.264 encoding provided each live stream in a set of resolutions and bit rates, including full HD 1080P streaming, playing out to a range of devices from phones to connected TVs, across a wide range of Internet connection speeds. Seven also used controlled encoding appliances via the AWS Elemental API to insert advertising triggers into the live video streams and to overlay graphics into the live video.

“Seven proudly streamed all broadcast coverage and up to eight dedicated channels of exceptional Olympics action - in high quality (up to HD 1080P for Premium users), reliably and securely at huge scale,” explained Damian McNamara, head of cloud video for Seven. “Seven continues to accelerate premium sports coverage across all screens, following our comprehensive 2018 Australian Open Tennis Championship, with AWS Elemental a core partner for an exciting roadmap ahead.”