Iflix secures K-drama Grand Prince | VOD | News | Rapid TV News
By continuing to use this site you consent to the use of cookies on your device as described in our privacy policy unless you have disabled them. You can change your cookie settings at any time but parts of our site will not function correctly without them. [Close]

Korean TV series Grand Prince has been snapped up by video-on-demand (VOD) service iflix for subscribers across Asia. 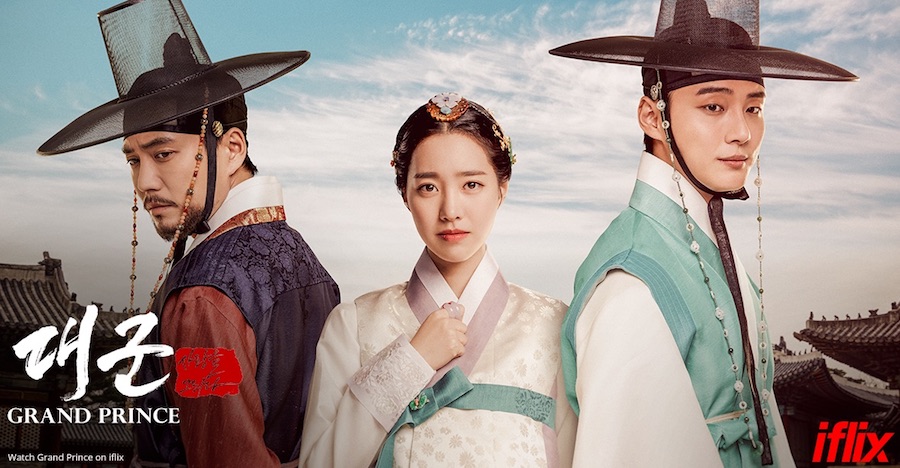 The online platform is now streaming the opening episodes of the historical drama, with further epiodes to be added weekly, a day after their premiere on Korea's TV Chosun.

The tale of rivalry, murder and romance in the Joseon dynasty is written and directed by Jo Hyun Kyung (Maids) and Kim Jung Min (Gunman in Joseon, The Princess' Man).

Joo Sang Wook and Yoon Shi Yoon (Baker King, Kim Tak Goo and The Best Hit) star as royal princes and brothers competing for power and the love of a noblewoman, played by Jin Se Yeon (The Flower in Prison).

"We are excited to bring the latest K-drama hit, Grand Prince, to all fans in Asia for free. Express from Korea, iflix subscribers now have first access to the latest episodes of the breakout hit weekly, just 24 hours after the television broadcast in Korea. This addition is yet another attempt to satiate the unending appetite for historical Korean drama we observed around the region and to deliver the content our viewers want to watch, on their terms," said Sean Carey, chief content officer, iflix.

Grand Prince joins other Korean dramas My First Love, Secret Garden, Goblin, The Legend of the Blue Sea, Descendants of the Sun and The Inheritors on the subscription video-on-demand (VOD) service.
Tweet