‘MilleXZials’ take over the TV landscape | Media Analysis | Business | News | Rapid TV News
By continuing to use this site you consent to the use of cookies on your device as described in our privacy policy unless you have disabled them. You can change your cookie settings at any time but parts of our site will not function correctly without them. [Close]

‘MilleXZials’ take over the TV landscape

The video entertainment landscape is seeing the emergence of ‘milleXZials’ as a convergence of media behaviour across three key demographics continues apace. 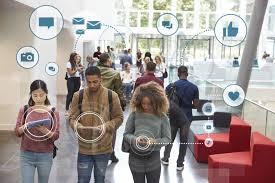 Further, binge-watching behaviour has also witnessed a convergence among milleXZials: A full 91% of Gen Z, 86% of millennials and 80% of Gen X binge-watch TV shows. More than 40% of millennials binge watch weekly, and they watch an average of seven episodes and six hours in a single setting.

“Millennials were the first generation to embrace streaming media and watching video content on smartphones,” said Jeff Loucks, executive director, Deloitte Centre for Technology, Media and Telecommunications, Deloitte LLP. “Some hoped that as millennials got older, they would settle down and watch pay TV. Instead, their Gen X parents are acting more like millennials, using streaming services, watching TV shows, movies and sports on smartphones and binge watching.”

Meanwhile, with video streaming enabling unprecedented choice and access to content, consumers perceive a widening gap between their expectations and what pay-TV companies deliver, according to the report. Nearly half (46%) of all pay-TV subscribers said they were dissatisfied with their service, and 70% of consumers feel they get too little value for their money.

“As video streaming and demand for original content continue to grow, traditional and premium cable broadcasters will continue to rethink their business models,” said Kevin Westcott, vice chairman and US media and entertainment leader, Deloitte. “Media companies are increasingly going direct-to-consumer with their own digital streaming services and snackable content. Ultimately, one challenge we see is that consumers may be reluctant to pay for exclusive content on top of their other paid subscription services and this may lead to some form of re-aggregation as limits on consumer spending could potentially hinder the growth of content platforms.”