Facebook inks first major sports exclusive with MLB | Major Businesses | Business | News | Rapid TV News
By continuing to use this site you consent to the use of cookies on your device as described in our privacy policy unless you have disabled them. You can change your cookie settings at any time but parts of our site will not function correctly without them. [Close]

Social media giant Facebook has reached a deal with Major League Baseball, said to be worth $30 million to $35 million, for the exclusive rights to stream 25 afternoon games for the upcoming season. 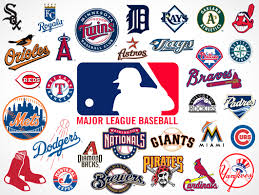 According to financial news outlet Bloomberg, Facebook will use the MLB Network feed, but will be permitted to integrate its own graphics and other enhancements aimed at drawing in its younger viewers. MLB will also produce and distribute specially curated content, such as on-demand highlight packages and weekly recap packages for the 30 MLB teams.

The weekday afternoon games will be primarily on Wednesdays, and the first will air on 4 April (a match-up between the Philadelphia Phillies and New York Mets). As part of the deal, Facebook can stream the games globally, although those rights are non-exclusive. All of the content will be available on Facebook Watch.

The deal, approved unanimously by MLB team owners, according to reports, marks the first sports exclusive for Facebook. However, the social network is no stranger to partnering on sports content; it is also streaming UEFA Champions League events from Fox Sports, Mexican soccer games from Univision, and it showed 20 non-exclusive MLB games last season. It also plans to stream 47 upcoming US college basketball games from smaller conferences.

“Much like the migration of sports from broadcast to cable, you’re reaching these milestones where the combination of the financial incentive and the audience allow you to make the next great leap,” Lee Berke, an industry consultant, told Bloomberg. “This is part of the next great leap.”