Pay streaming households to reach 450MN mark by 2022 | VOD | News | Rapid TV News
By continuing to use this site you consent to the use of cookies on your device as described in our privacy policy unless you have disabled them. You can change your cookie settings at any time but parts of our site will not function correctly without them. [Close]

Research from Strategy Analytics has revealed that the Amazon Prime Video and Netflix juggernauts are driving the paid-for streaming market to new current highs, with new benchmarks to be set over the next five years. 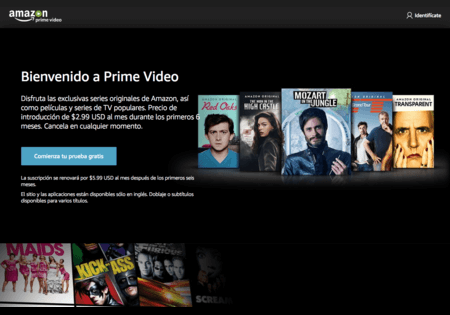 The US has the highest penetration of streaming video services, with 59% of households using at least one service at the end of 2017, followed by its northern neighbour Canada eight percentage points behind. Norway led the Nordic block of countries on 46%, with Sweden a point behind and Finland on 44%. Australia came in at 36%, South Korea 35% and the UK 34%.

Commenting on the results found in the Home Video and OTT Video Forecast – Global report Michael Goodman, director, TV and media strategies at Strategy Analytics said: “Streaming video is rapidly becoming a normal part of people’s entertainment options. Usage is already at around half of households in the most mature markets and is likely to reach those levels in many other countries in the near future. Clearly market leaders like Netflix will benefit from this trend, but there are also major opportunities for media companies which currently focus on more traditional pay-TV and content development business models.”
Tweet