Netflix tops VOD in Spain, LATAM | VOD | News | Rapid TV News
By continuing to use this site you consent to the use of cookies on your device as described in our privacy policy unless you have disabled them. You can change your cookie settings at any time but parts of our site will not function correctly without them. [Close]

Parrot Analytics has revealed that over 85% of the video-on-demand (VOD) original digital content consumed in Spain, Mexico and Brazil is viewed on Netflix. 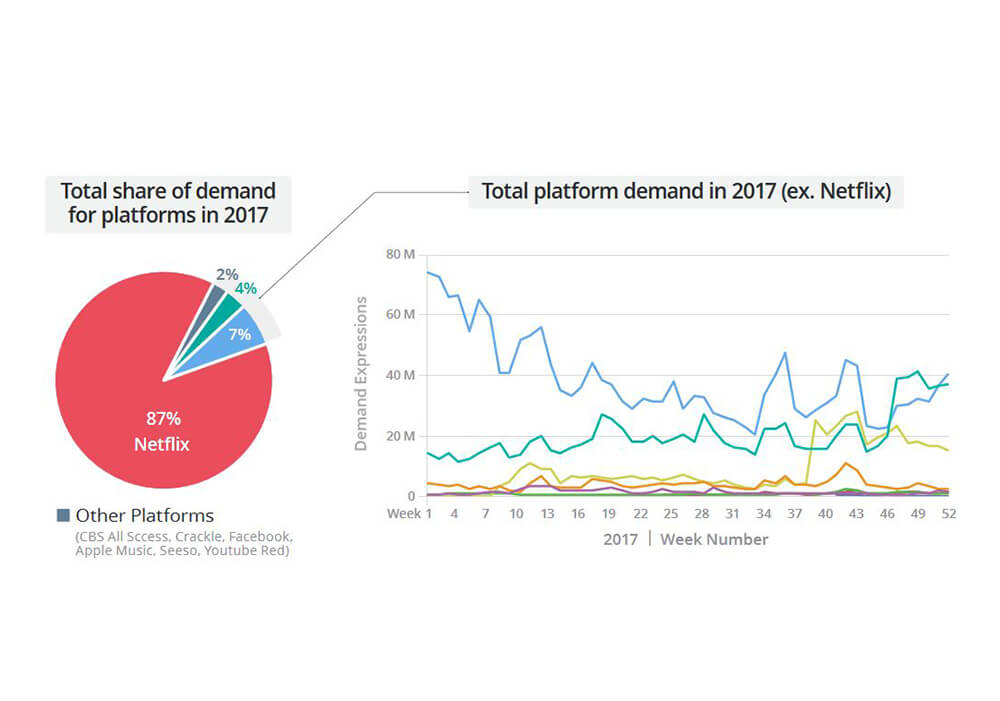 During 2017, 88% of the original content consumed through VOD platforms in Spain was watched on Netflix, while the remaining share was driven by other players including HBO and Amazon Prime Video.

According to the measurement company’s Global Television Demand Report, Stranger Things was the most popular digital original series in Spain, with 13.7 million demand expressions, followed by Narcos and other Netflix Originals including Las Chicas del Cable and Club de Cuervos. Hulu’s Future Man and Amazon’s Mozart in the Jungle were the most watched non-Netflix VOD titles.

A similar share was registered in Mexico, where 87% of VOD consumption was via Netflix. Stranger Things was again the most popular digital original series in the country, with 31.7 million demand expressions, but the Spanish-language Club de Cuervos was close with only 5% fewer.

CBS’ Star Trek: Discovery, Amazon’s Mozart in the Jungle and Hulu’s Marvel’s Runaways were also in the top 20 most watched VOD content in Mexico.

Netflix also accounted for 88% of the total VOD demand in Brazil, where Stranger Things (46.5 million demand expressions), 13 Reasons Why and Dark were the three most watched original titles.

Star Trek: Discovery was the ninth most watched VOD content in the country, with Hulu’s Marvel’s Runaways in 12th position.
Tweet