FilmStruck expands SVOD offer through new Warner Bros partnership | VOD | News | Rapid TV News
By continuing to use this site you consent to the use of cookies on your device as described in our privacy policy unless you have disabled them. You can change your cookie settings at any time but parts of our site will not function correctly without them. [Close] 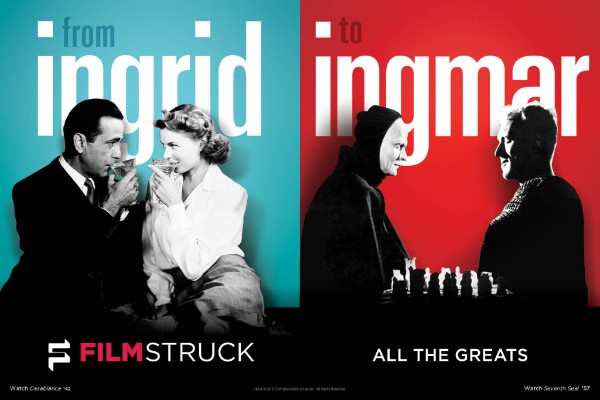 FilmStruck was developed by Turner Classic Movies (TCM) and is managed by TCM in partnership with Warner Bros and the Criterion Collection, being the exclusive streaming home of the latter two libraries. Beginning immediately, FilmStruck subscribers in the US will now get hundreds of new films as well as exclusive streaming access to films from the Warner Bros classic film library at no additional cost, including iconic films such as Casablanca, Rebel Without a Cause, Singin’ In the Rain, Citizen Kane, The Music Man, Bringing Up Baby, The Thin Man, Cat People, A Night At The Opera, An American In Paris, and Who’s Afraid Of Virginia Woolf.

The new deal will also give users access to TCM Select, a new featured collection offering the most iconic films from the Golden Age of Hollywood, supplemented with introductions from TCM host Ben Mankiewicz created exclusively for FilmStruck, rare archival content and bonus materials. It will also include new curated themes around classic Hollywood such as Rogers & Astaire: The Complete Collection, Neo-Noir, and a Star of the Week theme featuring Bette Davis, Hepburn & Tracy and Ava Gardner, among others.

“At Turner, we’re dedicated to bringing fans optimal viewing experiences at every touch point, and we’re very proud of the premium movie service we’ve built as an additive entertainment option among our portfolio of popular TV networks,” said Coleman Breland, president of Turner Classic Movies, FilmStruck and Turner Content Experiences. “There is tremendous value in partnering with Warner Bros., who owns the most iconic classic film library in the world, as the next natural step in FilmStruck’s evolution as we continue to build momentum in the streaming marketplace.”

Also effective immediately, Warner Archive will sunset its digital streaming service, with current subscribers being transitioned to a FilmStruck subscription, providing them with instant access to additional films available to stream.

FilmStruck is available to stream on Roku, Google Chromecast, Apple TV 4th generation devices, Amazon Fire TV, web, iOS and Android devices. FilmStruck can be accessed via the Apple App store, as well as online and via Google Play for Android users.
Tweet