HOOQ takes The Oath as first Hollywood SVOD original | VOD | News | Rapid TV News
By continuing to use this site you consent to the use of cookies on your device as described in our privacy policy unless you have disabled them. You can change your cookie settings at any time but parts of our site will not function correctly without them. [Close] 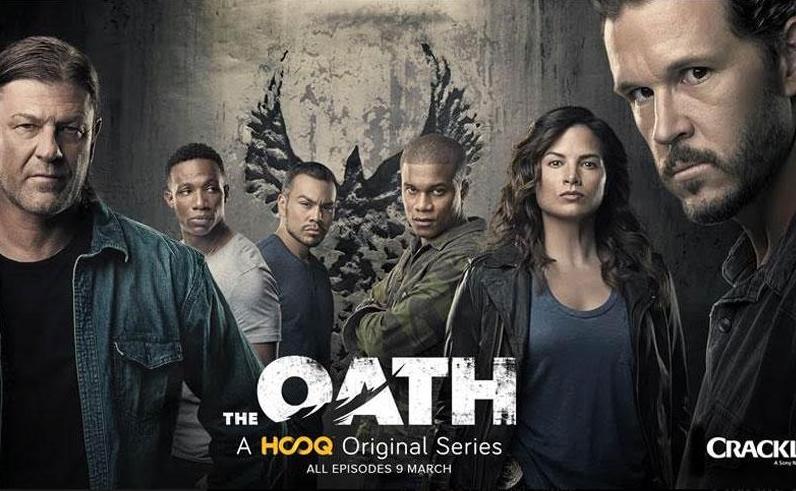 Asian subscription video-on-demand (SVOD) service HOOQ has announced that the forthcoming gangland drama The Oath will become its first original title from Hollywood.

The gritty crime drama, set in Los Angeles, centres on corruption and the culture of secret societies, where members are sworn to protect and defend each other. Joe Halpin (Hawaii Five-O, Secrets and Lies) created the series, which was informed by his own experience working as a Los Angeles County Sheriff's Department deputy in South Central for 18 years - 12 of those as an undercover officer. As well as True Blood's Ryan Kwanten and Game of Thrones alum Sean Bean, The Oath also stars Cory Hardrict (American Sniper, Gran Torino), Katrina Law (Training Day), Arlen Escarpeta (The Magicians) and JJ Soria (Animal Kingdom, The Fosters).

Sony Crackle's crime series will debut in the US on 8 March and all ten episodes will be available on the Sony Pictures Entertainment-backed HOOQ from 9 March 2018.

"This marks a truly significant milestone for HOOQ Originals. While we continue to blaze a trail for homegrown Asian content and talent, we are now proud to strengthen our offering and bring in the best original content that Hollywood has to offer," said chief content officer Jennifer Batty. "With established producers of gritty visual stories like Joe Halpin and Curtis '50 Cent' Jackson on the team and not to mention hard hitters like Ryan Kwanten and Sean Bean, we're confident that we've got a winner here."

"We have always dedicated ourselves to bringing our subscribers the best that Asia and Hollywood have to offer," added HOOQ CEO Peter Bithos. "With The Oath now joining our family of originals we're proud to continue bringing the kind of stories that our customers love and continue to expect from us."

HOOQ is a joint venture between Sony Pictures Entertainment, Warner Bros and Singtel, and operates its SVOD service in the Philippines, Thailand, India and Indonesia.
Tweet