Gomorrah stays on winning streak in Italy | Ratings/Measurement | News | Rapid TV News
By continuing to use this site you consent to the use of cookies on your device as described in our privacy policy unless you have disabled them. You can change your cookie settings at any time but parts of our site will not function correctly without them. [Close] 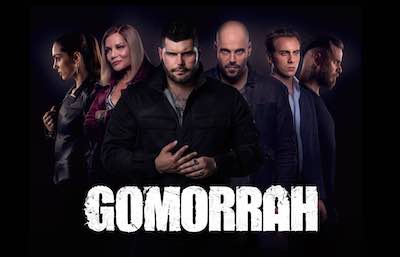 A co-production of Sky, Cattleya and Fandango, the show is based on the based on the eponymous and seminal book by Roberto Saviano and film directed by Matteo Garrone. Focusing on mob violence in Naples, with a cast of gangsters, drug dealers and ordinary people, the show paints a gritty portrait of street-level crime and its hierarchical organisation as players struggle for recognition, money and power.

Sky Italia retained Parrot Analytics, which says that it has created the only global, real-time, platform-agnostic TV demand measurement system, to quantify audience demand and provide competitive analysis for Gomorrah and Sky Italia's stable of original and acquired shows. Parrot found that on its latest premiere, the highest-recorded demand for the series was 25% more than the same period for season two and seven times the demand of competing crime drama Suburra.

Gomorrah has to date sold in over 190 territories and Parrot Analytics has given the series a 'travelability' index of 4.5% given its popularity in markets outside Italy, like France and Tunisia, which is 6.9 times that of the average Italian content. The third season of the series just premiered on Sky in the UK on 31 January 31 and will launch on Sky in Germany on 6 March.

"Gomorrah is for us the perfect example of how a local story can go global and establish a worldwide presence, thanks to high quality writing, directing, acting and producing. And Parrot's data and analyses prove it very clearly. Tools like this allow us to muster the kind of market intelligence needed to make better, more informed content acquisitions and development decisions," said Nils Hartmann, head of original production, Sky Italia. "Competition is fierce now, so having data on what is resonating with our audiences is crucial to our efforts to create the strongest possible content offering."

"We are working with Sky Italia to help them better understand the popularity of their commissioned and acquired content so that they have a keen understanding of the value of their programming," added Courtney Williams, European director, Parrot Analytics. "By utilising our audience demand measurement system, they will be able to make more informed programming and marketing decisions across their offerings."