CBS surpasses expectations for All Access OTT service | Major Businesses | Business | News | Rapid TV News
By continuing to use this site you consent to the use of cookies on your device as described in our privacy policy unless you have disabled them. You can change your cookie settings at any time but parts of our site will not function correctly without them. [Close]

CBS has almost five million subscribers for its CBS All Access and Showtime digital streaming services, and CEO Les Moonves believes that subscriber growth for the two over-the-top (OTT) products are ‘far beyond where we expected them to be’. 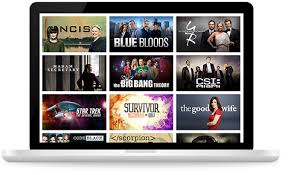 On the analysts’ call following its most recent results, Moonves revealed that CBS expects to pass a goal of eight million subscribers by 2020. On the demographics side, the Tiffany network is attracting a millennial audience for its direct-to-consumer platforms; the average age of viewers on CBS All Access is 20 years younger than linear viewers.

Moonves also said that audiences can expect two additional ad-supported products to roll out soon, including a CBS Sports direct-to-consumer service, to launch just before the start of March Madness and The Masters golf tournament. In autumn, an Entertainment Tonight OTT service will launch. Meanwhile the flagship, CBS All Access, will also be going international, launching in Australia, Canada and Europe.

“We’re setting ourselves up for the direct-to-consumer future,” Moonves said, noting that CBS makes more from OTT subscribers in the form of higher advertising rates and higher carriage fees than traditional pay-TV.

"In a nutshell, changing viewer habits are resulting in more subscribers for us and at higher rates,” he said.