Amazon India readies The Remix for launch | VOD | News | Rapid TV News
By continuing to use this site you consent to the use of cookies on your device as described in our privacy policy unless you have disabled them. You can change your cookie settings at any time but parts of our site will not function correctly without them. [Close] 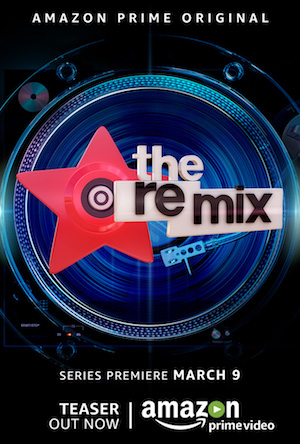 A Greymatter Entertainment produced music competition, The Remix sees DJs and singers pair up to remix Bollywood hits. The show will feature ten teams performing in front of celebrity judges Sunidhi Chauhan, Amit Trivedi and Nucleya. It will be hosted by Karan Tacker.

The global subscription video-on-demand (SVOD) operator reportedly plans to launch up to ten originals for India in 2018. Among them is another unscripted show, Comicstan, which is expected to follow The Remix onto Amazon Prime Video, along with dramas Made in Heaven, Mirzapur, and 4 More Shots. Earlier this month, the SVOD provider also acquired a new reality show Skulls & Roses, in partnership with Indian production studio Monozygotic.

The over-the-top (OTT) platform launched Breathe at the end of January, its second Original series from India. Breathe is being offered in three languages – Hindi, Tamil and Telugu, across 200 countries and territories worldwide.