Strong Winter Olympic opening weekend for Discovery | Ratings/Measurement | News | Rapid TV News
By continuing to use this site you consent to the use of cookies on your device as described in our privacy policy unless you have disabled them. You can change your cookie settings at any time but parts of our site will not function correctly without them. [Close] 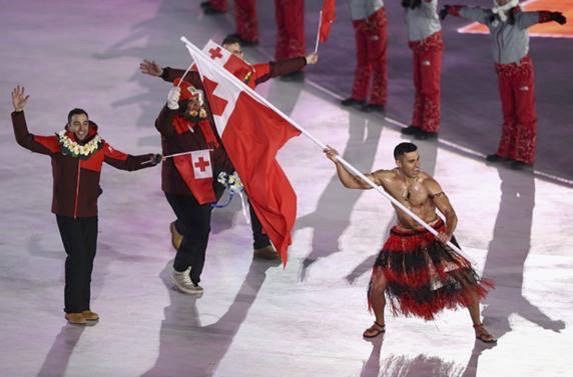 After what it calls a 'landmark' opening ceremony, the XXIII Olympic Winter Games has proven a big draw for Discovery which is claiming 212 million users engaging with the coverage across all screens and nearly a billion video views.

The company, through its leading sports brand Eurosport, has made huge investment into coverage for the Winter Olympics with live and on-demand coverage in 48 markets. The interactive Eurosport Player will, by the end of the event on 25 February, have shown over 4,000 hours of coverage and 100 events, including 900 hours of live action, online, on mobile, tablet devices and connected TVs. It has also offering a dedicated Winter Olympics Eurosport virtual reality (VR) app.

However, despite the front of house excitement, Discovery has been using what it calls a first-of-its-kind methodology to measure audience behaviour across Europe.

The first set of these so-called Total Video metrics have shown that in the first weekend of PyeongChang 2018, 373 million hours of video was watched across Europe with total average audience of 212 million users viewing the Olympic Games across all platforms. This comprised 186 million from free-to-air and pay-TV channels, plus an additional 26 million users through digital and social platforms. Audiences across social media clocked up a total of 1.1 million engagements such as likes, shares and comments.

The broadcast of the opening ceremony across Europe on 9 February resulted in almost 88 Million watching across free-to-air, pay-TV, online and social platforms. Eurosport Cube - a first-of-its-kind augmented reality studio featuring the best known and most established Winter Sports stars - is delivering an innovative approach to attracting new fans on linear, pay-TV and also contributed to over 1.1 million engagements to date across Discovery's digital and social media properties.

Looking at specific territories, Discovery's Kanal 5 in Sweden achieved its highest ever audience share of 73% on 10 February, while Eurosport and Discovery's Olympic content was consumed by over three million Norwegians a day later. Discovery's TVNorge achieved a highest-ever 90% audience share for the Men's 10km sprint biathlon final. In Germany, Discovery Germany and its owned and operated, digital and social media properties achieved its own all-time high, delivering nearly two million unique users in the first few days of the Games.

"The first weekend of PyeongChang 2018 has been incredibly exciting and fans across Europe have been engaged in every minute, from the beautiful Opening Ceremony to the riveting first two days of competition," remarked Discovery Networks International president and CEO Jean-Briac Perrette. "As the medal table starts to fill up, we are keeping count of the levels of engagement through our own services and those of our partners. We are very encouraged by the early results and are finding great value in this new and more comprehensive way to capture Total Video consumption and engagement."