Rapid TV News - Sky, BT retain principal Premier League football rights for £4.5BN
By continuing to use this site you consent to the use of cookies on your device as described in our privacy policy unless you have disabled them. You can change your cookie settings at any time but parts of our site will not function correctly without them. [Close] 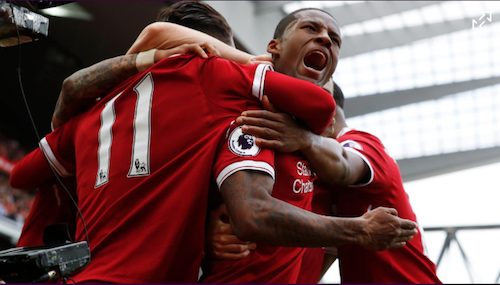 Delighting the incumbent holders probably as much as the footballers' agents, the English Premier League has awarded Sky and BT the rights to carry on holding the UK pay-TV market's crown jewels for a further three seasons from 2019/2020, and at a reduced level.

The news that Sky and BT have taken the lion's share of the rights comes after prolonged rumours that Silicon Valley giants may have entered the fray in this round of auctions, with Amazon in particular the object of reports that it had been consulting industry experts about bidding for the three-year rights package running from the 2019/2020 to 2021/2022 seasons.

In February 2015 Sky and BT paid £5.136 billion for the seven live TV packages - five of 28 matches and two of 14 matches - over the three Premier League seasons beginning 2016/17, a combined 70% increase on the previous deal. Sky paid £1.392 billion per annum for each of the three years of the new agreement, representing an 83% increase over the cost of the previous contract.

Yet in the new tranche of rights, Sky has nabbed the four main totalling 128 games a season, up from 126 matches currently, for 'just' £1.193 billion per annum, representing a 16% cost reduction per game compared with the current agreement. WIth the new rights holding, the company's flagship Sky Sports channel will offer viewers every first-pick weekend match, plus Saturday evening fixtures for the first time, all screened on a dedicated Premier League channel. It also claims to have secured the best slots including Saturday tea time matches, Super Sunday, Monday Night Football and Friday Night Football and for the first time, Saturday evening matches.

Commenting on its win, Sky UK chief executive Stephen van Rooyen said: "We continue to invest in content that our customers value and which complements our strategy to broaden our offer. Not only do we remain the home of Premier League football but also the home of top quality drama, entertainment, comedy and other sports. Our disciplined approach means we continue to have the flexibility to invest in each of these areas as we choose, underlining our position as Europe's largest investor in content."

For its part, and despite hints that it would walk away for the negotiating table if it felt it was not going to get good value, BT has won the rights package for 32 games per season for £295 million. BT Sport will continue to show games at 5.30 pm on Saturdays next season and then move to Saturday lunchtime fixtures from August 2019. BT say that it has remained financially disciplined during this process and remains in a strong position to make a return on this investment through subscription, wholesale, commercial and advertising revenues. From 2019 it will be marketing and sell Sky's NOW TV service to BT customers, which includes Sky Sports, from early 2019.

Marc Allera, chief executive of BT's Consumer division, remarked: "The Premier League is undoubtedly the most competitive and exciting domestic league in the world, so we're delighted that our customers will be able to continue enjoying Saturday games on BT Sport ... The Premier League is a big part of our live sport line-up...We are excited about the opportunity to bring this great content to even more TV and mobile customers as we pursue our strategy of being the best provider of converged network services in the UK."

The outcome so far of the auction for highly prized Premier League rights will be relief for all parties concerned, said Tim Westcott director, research and analysis, programming of IHS Markit, analysing the deal so far. "The rights are the keystone of [BT and Sky's] pay-TV businesses, and a loss would certainly have met with a negative reaction from the UK stock market tomorrow morning. They have also seen off the prospect of a challenge from a newcomer like Amazon or Google - even though this prospect was more a case of hype than expectation ... Despite the lower payments by both parties, the auction is not a bad outcome for the clubs. The Premier League will remain one of the sports rights holders most lavishly awarded by TV partners despite the reduction in payments per match, despite a decline in TV audiences for live games in recent seasons and the heavy investment by Sky in original scripted programming. Nevertheless, the League would have been delighted to have pulled a bid from one of the US techno-giants out of the hat. It may still be able to do so with the two packages still to be awarded."
Tweet