IOC thanks broadcasters for PyeongChang coverage | Programming | News | Rapid TV News
By continuing to use this site you consent to the use of cookies on your device as described in our privacy policy unless you have disabled them. You can change your cookie settings at any time but parts of our site will not function correctly without them. [Close]

IOC thanks broadcasters for PyeongChang coverage 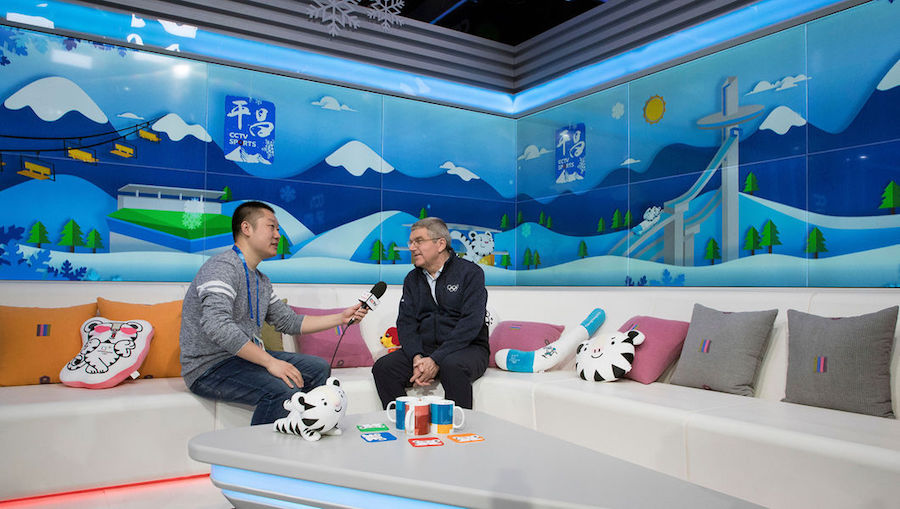 IOC president Thomas Bach has praised Olympic Broadcasting Services (OBS) and broadcast partners during a visit to the International Broadcasting Centre at the PyeongChang Winter Olympics on 13 February.

Viewers around the world can access more coverage of this year's Winter Olympics than any previous Winter Games, with 5,000 hours of content being made available by host broadcaster OBS.

"The response we are getting worldwide to your programmes is overwhelming," Bach told staff from OBS and its partner broadcasters. "All together we embrace the digital age, and we have found formats that demonstrate that digital platforms can be complementary to linear television. The response we've received is that you have achieved this in an excellent way making it possible for us to reach out more than ever to the younger generation.

"You are not only communicating the sports excellence and the athletes' achievements but also the Olympic spirit and what it means," he added.

Over five billion people worldwide will have access to TV coverage from the PyeongChang 2018 Winter Olympics, and the amount of content on digital platforms is expected to be almost twice that aired on TV.

In South Korea, TV programming from this year's Winter Games will total more than double that of the Sochi games in 2014. In the US, NBC Universal is showing a record 2,400 hours or more of coverage across its linear and digital platforms, which is almost equal to the combined total aired from the Winter Games in Vancouver in 2010 and Sochi in 2014.