TCB Media appoints new head of acquisitions and co-productions | Major Businesses | Business | News | Rapid TV News
By continuing to use this site you consent to the use of cookies on your device as described in our privacy policy unless you have disabled them. You can change your cookie settings at any time but parts of our site will not function correctly without them. [Close] 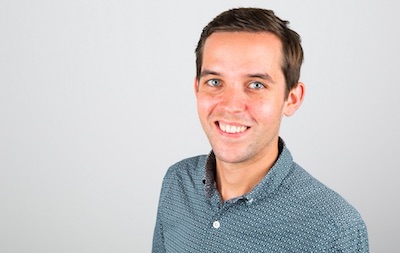 In the newly created role of head of acquisitions and co-productions, Humphrey is tasked with building up TCB's network of independent producer-partners to further broaden and strengthen the distributor's content offer. He will join Claire Runham, TCB Media Rights acquisitions and co-productions executive, and report to founder and CEO Paul Heaney.

Prior to working for Passion Distribution, Humphrey spent three years as vice president of sales and acquisitions at Banijay International. He has also worked at Endemol Shine and FremantleMedia.

"At TCB, we don't just sell shows - we help conceive, finance and develop them, working closely with our producer-partners every step of the way," Heaney remarked. "Jimmy is one of the few people who truly gets this 'new world' of distribution and is capable of spreading the word in his own way. He's a rising star but he's already achieved a huge amount, as his track record at Passion Distribution demonstrates. I'm confident he'll fit right in with the TCB culture."

For his part, Humphrey added: "It's great to be joining Paul and the team at such an exciting period for the company. I relish the opportunity to bring on board production companies, both established and upcoming, to the growing roster of content suppliers at TCB."

The appointment comes just as the company announced that two of its fully-funded series are now in production: Back2Back's 6x60' air-travel series Cabin Fever (aka Airports Caught On Camera) and First Look TV's 10x60' A Killer's Mistake.