Yospace, Seven extend partnership for live OTT dynamic ad insertion | Ad Tech | News | Rapid TV News
By continuing to use this site you consent to the use of cookies on your device as described in our privacy policy unless you have disabled them. You can change your cookie settings at any time but parts of our site will not function correctly without them. [Close]

Bidding to accelerate addressable TV at scale, Yospace and Seven have extended their partnership into a long-term agreement for enabling dynamic ad insertion (DAI) into live over-the-top (OTT) channels. 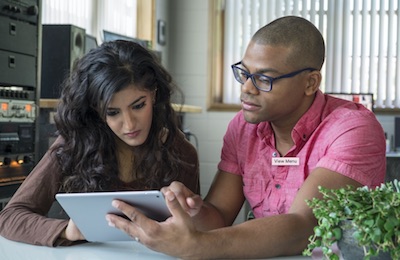 The agreement will mean that Australia’s leading commercial broadcaster will be able to open up online ad breaks in live OTT streams in a way, claims Yospace, that is as seamless to the viewer as on broadcast television, with true one-to-one addressability at scale. The system has already seen use by Seven for the 2017 Australian Open (part of the Summer of 7Tennis season), during which ad breaks were editorially triggered. Total minutes viewed during this year’s Australian Open, for which DAI was applied across 16 simultaneous online channels, were double Seven’s expectations. According to OzTAM, Australia’s official source of television audience measurement, 7Tennis occupied all top ten video player measurement positions during the tournament.

Yospace is confident that similar ratings are expected as Seven looks ahead to major sporting events that include the Winter Olympic Games and the Commonwealth Games, which are to be held on Australia’s Gold Coast in April.

There has since been a full integration between Yospace’s platform and the Imagine D Series automation system that drives the broadcaster’s linear TV channels, meaning that DAI can be applied 24/7. The automation integration also allows Yospace to automatically create video-on-demand (VOD) assets, making them available to Seven’s viewers for catch-up within minutes of a live programme’s end. Ad markers in the VOD assets are retained from the live stream, allowing new advertising to be delivered whenever the catch-up content is viewed.