Magnify draws exclusive distribution deal with Seventh Art | Deals | News | Rapid TV News
By continuing to use this site you consent to the use of cookies on your device as described in our privacy policy unless you have disabled them. You can change your cookie settings at any time but parts of our site will not function correctly without them. [Close] 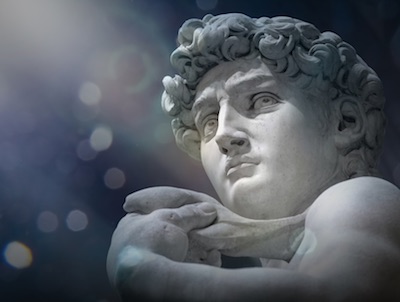 Under the three-year deal, Magnify Media will add arts and history content to its portfolio, including the rights to the critically claimed Great Art series, which is currently airing on ITV to five-star reviews. Produced by award-winning documentary producer and director Phil Grabsky, also Seventh Art Productions CEO, the 10x50' series has been described as 'bringing serious art' back into the mainstream. It offers an immersive journey into the life and work of some of world's greatest artists, including Michelangelo, Rembrandt, Van Gogh, Vermeer, Canaletto, Hockney, Bosch and Manet. The series explores the personal as well as the professional worlds of its subjects, providing insights into the artists' private lives, milieus and influences.

Grabsky began screening exhibition-based art films in the cinema with his series Exhibition on Screen. Working with the world's top museums and galleries, it offers audiences around the world a cinematic immersion into the world's best-loved art, under the guidance of leading historians and art critics. Commenting on the partnership, he said: "We've taken our time to decide on the best distributor for our art, history and music films - we've had so much interest we wanted to make sure we'd chosen the best. And we have. This will be a great partnership."

Added Magnify Media founder and CEO, Andrea Jackson: "Great Art has been a major success for ITV - and not just with the critics, who've praised it for pulling off that tricky feat of being both educational and enjoyable. More importantly, it's been hugely popular with ITVs viewers, proving that there's a keen mainstream audience for great arts and history series. We're confident that Seventh Art's engaging, visually-rich content will work as well for a range of different channels and platforms as Great Art has for ITV. We can't wait to start distributing these beautiful series into other territories."