Travelxp HD inks distribution agreement with M7 | Deals | News | Rapid TV News
By continuing to use this site you consent to the use of cookies on your device as described in our privacy policy unless you have disabled them. You can change your cookie settings at any time but parts of our site will not function correctly without them. [Close]

One of one of Europe’s largest pay-TV providers, M7 Group, is to will add travel and lifestyle programming from Travelxp HD to its channel line-up for its pay-TV bouquets in the Czech Republic, Slovakia, the Netherlands and Belgium. 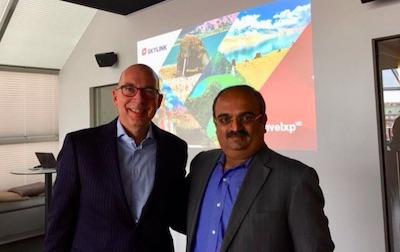 The carriage deals in these countries are with Skylink, Canal Digitaal, Online.nl and TV VLAANDEREN respectively and the channels will be available 24/7 with content fully originally-produced. While available with English voice-over, Travelxp HD will be fully localised in the Czech language. Dutch subtitling will be added over time.

In addition to being distributed via satellite and IPTV, the channel will also be available via M7 live TV apps, allowing for the viewing of Travelxp HD via multiple mobile devices. As part of the new agreement, M7 Platform Services will arrange for the technical delivery of Travelxp HD to third party operators within the Europe-wide ASTRA 23.5 degrees East footprint coverage.

“With the launch of Travelxp HD we are meeting subscriber demand for a channel that is fully dedicated to the world of travel,” said Bill Wijdeveld, VP business development of M7 Group.  “The channel has already proven its added value in other parts of the world and we look forward to a fruitful cooperation in our various European markets.”

Added Travelxp HD Europe CEO Prashant Chothani: “We are committed to reach out to every potential traveller around the globe. We are therefore quite excited about our agreement with a European key player like M7 Group, allowing us to substantially boost our viewership in various important European markets.”