Fibre, pay-TV boost Vodafone revs | Media Analysis | Business | News | Rapid TV News
By continuing to use this site you consent to the use of cookies on your device as described in our privacy policy unless you have disabled them. You can change your cookie settings at any time but parts of our site will not function correctly without them. [Close]

Almost €6 in every €10 invoiced by Vodafone Spain in the residential segment are provided by convergent packages, boosted by growing fibre and pay-TV subs. 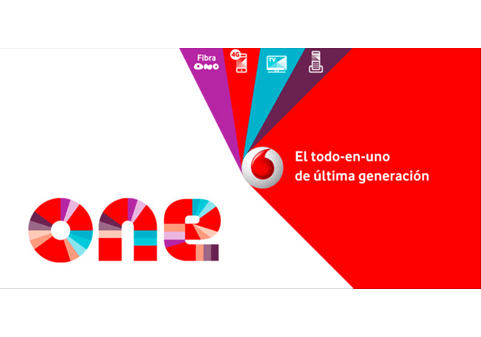 Within such stable business, income sources seem to be changing for Vodafone, as the market continues to evolve in Spain. Revenues through convergent services grew by 13.1% year-on-year, and accounted for 59% of the whole residential income.

Such growth, the telco has claimed, is due to the rapid deployment of an aggressive convergent strategy, driven by fibre services delivered through a growing network (+20 million homes connected) and an evolving entertainment and pay-TV offering.

In terms of subscribers, Vodafone One, the telco’s line of convergent products, grew by 17.2% to reach 2.51 million homes, pay-TV subs increased by 7.2% to total 1.37 million (strengthening Vodafone’s position as second largest player in the market), and fibre clients grew by 21.6% to reach 2.68 million households.

For the telco, the recent partnership with the subscription and transactional video-on-demand (VOD) service Filmin illustrates Vodafone’s strategy in video and entertainment.

“Filmin is a perfect complement for Vodafone One TV’s content offering, which already includes its own VOD platform, linear channels and the integration of third-party platforms like Netflix and HBO. All in all, over 40,000 titles available in a single platform,” said the telco.