Hamilton spy books adaptation moves into production | Programming | News | Rapid TV News
By continuing to use this site you consent to the use of cookies on your device as described in our privacy policy unless you have disabled them. You can change your cookie settings at any time but parts of our site will not function correctly without them. [Close]

Dramacorp-Pampas Studios has been given the production green light for the international spy thriller series based on Swedish author Jan Guillou's best-selling Hamilton books and will start filming in the second quarter of 2018. 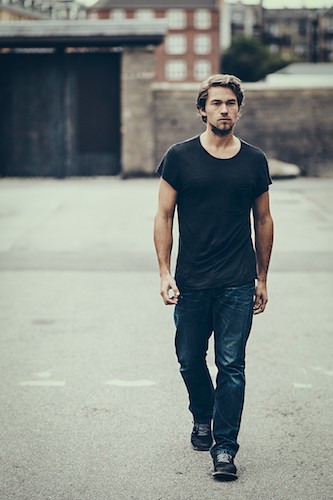 Scandinavia's most successful literary property of all time, the Hamilton books centre on a Swedish intelligence officer called Carl Hamilton who, having been trained by the US Navy Seals, becomes part of an illegal black ops cell within the Swedish military. Author and investigative journalist Jan Guillou, who has been compared to the great British literary spy-fiction writer John Le Carré, was imprisoned for espionage after exposing a similar illegal spy organisation within the Swedish military. He subsequently used his knowledge of the world of intelligence as the basis for his 12 Hamilton novels which have gone on to sell more than ten million copies.

Hamilton is produced by Dramacorp-Pampas Studios, backed by veteran TV executive Rolf Sohlman and Patrick Nebout, producer of the SVT-Canal+ thriller Midnight Sun. Hamilton will be directed by Denmark's Kasper Barfoed (Below The Surface), adding firepower to the creative team, with a writer room led by Petter S Rosenlund, head writer of NRK's award-winning thriller The Heavy Water War (Saboteurs in the UK). Zoula Pitsiava (Blue Eyes) is producing the series. Heading the cast as Carl Hamilton is rising Norwegian star Jakob Oftebro (pictured), whose credits include Oscar-nominated epic Kon-Tiki, StudioCanal's thriller Below The Surface, picked up last month by BBC4 for the UK, and NRKs crime drama Monster, recently acquired by Starz for the US.

The series will premiere exclusively on Swedish streaming SVOD service C More next year, with a later linear airing on TV4 and ZDF in German which has also boarded the project as a co-producer with its ZDF Enterprises division representing rights to German-speaking territories. Jan Mojto's Beta Film is co-producing and will handle international sales to the rest of the world. The main commissioning broadcasters are TV4 and C More, which has committed itself to two seasons of 10x44'.

"The word 'iconic' is used far too freely in our industry, but Hamilton genuinely qualifies for the label," commented Patrick Nebout, Dramacorp-Pampas Studios executive producer and Dramacorp CEO. "Jan Guillou's complex, charismatic anti-hero is deeply embedded in Scandinavian souls and psyches and has the potential to appeal as strongly and viscerally to international audiences. That makes Hamilton the perfect launch project for our operation, whose mission is to produce high-concept drama with global traction, but it also adds to the pressure to do both Hamilton and his millions of fans justice."

Jan Guillou added: "It is always exciting to see one's creation live so many lives. Field operator Carl Hamilton has been part of my life for the last 30 years, there have been several film adaptations. But I've always thought that a longer TV series format would be a great way to dig even deeper into the character and his universe. This is happening now, with a new, young Hamilton, in a contemporary setting, and I'm confident that the series will appeal to an international audience and a new generation of viewers."