Global investors reap rewards in Asia's growing pay-TV sector | Pay-TV | News | Rapid TV News
By continuing to use this site you consent to the use of cookies on your device as described in our privacy policy unless you have disabled them. You can change your cookie settings at any time but parts of our site will not function correctly without them. [Close]

India now represents 65% of Asia Pacific pay-TV revenues for channels owned or part-owned by global media groups, according to a study by Media Partners Asia. 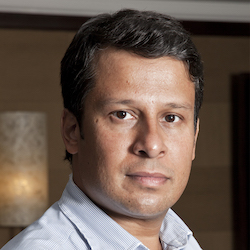 Revenue for foreign-owned networks operating in the Asia Pacific grew by 4% in 2017 to reach US$5 billion across the region, with EBITDA rising 9% year-on-year to $1 billion, analysts found.

"Success in a large-scale market such as India shows that regional broadcasters that invest in IP and local businesses can create a lot of long-term value," said Vivek Couto, executive director, Media Partners Asia (MPA).

Excluding large local pay channel businesses in India, pay-TV channel revenue for regional broadcasters, however, fell by 1% to US$2.2 billion across the Asia Pacific in 2017. EBITDA shrank by 4% year-on-year to US$560 million.

beIN Media's growth in certain parts of the Asia Pacific has helped boost the performance of premium sports overall. However, analysts found factual, lifestyle, children's, news music, film and Asian entertainment channels suffered an aggregate contraction of close to US$150 million in affiliate and advertising sales, excluding India, in 2017.

Nevertheless, some global broadcasters operating in the Asia Pacific are generating sustained growth on their investment through licensing deals and partnerships with over-the-top (OTT), IPTV or mobile platforms; a growth in consumer products; and nascent online video advertising.

Development of own-brand online video services is experiencing growth in the region, and tie-ups with streaming and telecommunications service providers will also proliferate this year. "At the same time, the underlying need for local IP and partnership remains," said MPA.

Investment in premium Asian content as well as local deals in Korea, Japan and parts of Southeast Asia is also on the rise.

"These bets are starting to percolate across Southeast Asia, Korea and Japan. At the same time, businesses are starting to tap more growth from streaming platforms, including partnerships with online video and telco services," Couto added.

Looking forward, major players in India are expected to "outperform the market with strong double-digit growth" despite challenges from macro economics, competition and regulations, said MPA.