Celestial Tiger kicks off KIX in Vietnam | Deals | News | Rapid TV News
By continuing to use this site you consent to the use of cookies on your device as described in our privacy policy unless you have disabled them. You can change your cookie settings at any time but parts of our site will not function correctly without them. [Close]

Celestial Tiger Entertainment (CTE), operator of what it says is the largest bouquet of pan-Asian channels dedicated to Asian entertainment, has launched its action entertainment channel, KIX on Vietnam IPTV service FPT Television. 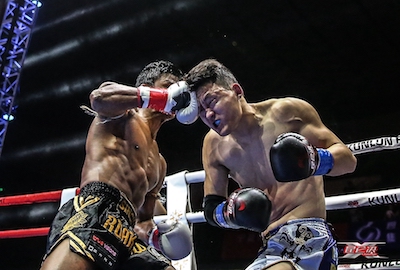 Localised with Vietnamese subtitles, KIX will be included in FPT Television's digital basic pack and will offers a slate of blending of combat sports, action series and action movies. In February, action fans in Vietnam can watch first and exclusive combat sport events such as Road FC, Kunlun Fight MMA, action reality shows such as Escape and Steve Austin Broken Skull Challenge Season 5, as well as action movies such as Jackie Chan's Movie Marathon.

The new carriage deal, handled by CTE's Vietnam sales representative, Thaole Entertainment, further expands CTE's reach in Southeast Asia and comes hot on the heels of recent new business in Laos, Cambodia and Indonesia, and the release of impressive ratings in 2017 across its five core channel brands in the Philippines, Malaysia and Singapore.

"We are so excited that the momentum of CTE's expansion across Southeast Asia keeps building," said Celestial Tiger Entertainment chief executive officer Todd Miller. "KIX is a top performing channel in Southeast Asia and we delighted to share our unique blend of action entertainment with viewers in Vietnam."