Insight TV, CJ E&M unveil 4K winter sports films | 4K/UltraHD | News | Rapid TV News
By continuing to use this site you consent to the use of cookies on your device as described in our privacy policy unless you have disabled them. You can change your cookie settings at any time but parts of our site will not function correctly without them. [Close]

Speed skating and snowboarding are the focus of two 4K films to air across Europe, Asia and the USA ahead of the Winter Olympics, production partners CJ E&M and Insight TV have announced. 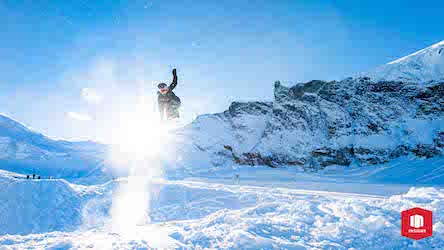 The first of two one-hour films, called Breaking Limits, will broadcast in 4K ultra HD on 26 January at 9pm CET on the adventure sport and lifestyle channel Insight TV. The series will also be distributed on CJ E&M's South Korean network.

The 2018 Winter Olympics will take place from 9-25 February in Pyeongchang, South Korea. The Ultra HD series will examine how developing technology is providing a winning advantage to professional athletes competing at the highest levels in their winter sports. The South Korean skaters, for example, use a legal curved blade on their skates to enhance their performance in short-track speed skating - an event that features multiple skaters skating on an oval ice track.

The series explores increasing competition from athletes hailing from countries without a winter sports tradition, and the innovative technology that helps them up their game. It also finds why elite snowboarders use virtual reality (VR) and trampolines to propel them to peak performance.
Tweet