Gone goes strong in US premiere | Ratings/Measurement | News | Rapid TV News
By continuing to use this site you consent to the use of cookies on your device as described in our privacy policy unless you have disabled them. You can change your cookie settings at any time but parts of our site will not function correctly without them. [Close]

Gone goes strong in US premiere

The first ever American series produced by French broadcaster TF1 is said to have attracted 'outstanding' ratings in its initial run. 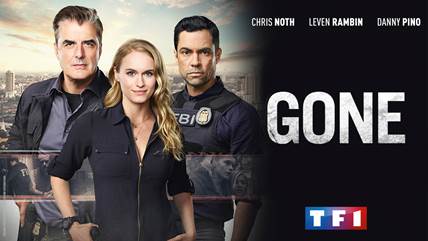 A 12-episode crime procedural, Gone is adapted from the Chelsea Cain bestseller One Kick. It tells the story of a survivor of a high profile abduction case who joins the FBI team which rescued her on a series of kidnapping cases, using her unique insight into how predators operate. The executive producers of Gone, a co-production with NBCUniversal International Studios and Mediengruppe RTL Deutschland, are Matt Lope; JoAnn Alfano (Resurrection, 30 Rock), executive vice president, scripted programming at NBCUniversal International Studios; and Sara Colleton (Dexter).

On 23 January at 9pm, the first episode of the series attracted 5.8 million viewers, said to represent at that time a quarter of all individuals aged over four; 27% of women aged under 50; and 25% of 25-49-year-olds, conferring TF1 top audience ratings.