Facebook’s news feed changes sees brand videos taking hit | Media Analysis | Business | News | Rapid TV News
By continuing to use this site you consent to the use of cookies on your device as described in our privacy policy unless you have disabled them. You can change your cookie settings at any time but parts of our site will not function correctly without them. [Close]

Facebook’s de-prioritisation of publisher and brand content is already having a negative impact across video metrics, according to social video creation platform Wochit. 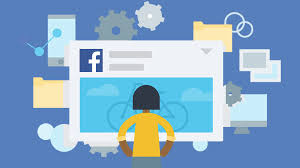 According to the 2017 Wochit Social Video Performance Index, which is based on data from 33,000 videos posted to over 500 Facebook pages by nearly 300 brands, views are declining. Following significant increases in the first half of the year, declines of 8-15% in the second half point to the impact of changes in Facebook’s newsfeed.

The report also found that video’s 1% persists: the 1.2% of videos that get more than 1 million views continue to have a disproportionate level of engagement, receiving 38.7% of total views and 58.3% of total shares across all videos. While a higher number of page followers boosts the chances of virality, the number of smaller publishers achieving this level of success proves it’s not the only factor.

Also, longer videos get better results: increasing in number but still a minority, videos longer than 90 seconds have considerably higher per-video metrics, receiving 52.1% more shares and 48.2 more views on average. This trend bodes well for the monetisation opportunities of Facebook mid-roll, only applicable to videos of at least this length.

Interestingly, LATAM audiences are the most engaged: average engagement per video is highest across all metrics in Latin American countries, with nearly triple (269.6%) the shares, 253.3% more reactions, 166.8% more views and 134.3% more comments.

Also, not all video is created equally: some content is simply more viral-ready, more a function of effective production techniques and compelling storylines rather than the result of artistry. For instance, square is the winning format: as mobile is increasingly becoming audiences’ first screen, this format is proven to have a significant advantage over other aspect ratios, particularly in the increasingly important 'comments' metric, which averages five times the average received by non-square video.

Meanwhile, 'in the know' titles are popular but don’t perform: while video titles purporting to show something the viewer needs to know are common, these videos receive 15-70% fewer views than average.

“While we’re only seeing the headlines about Facebook’s latest changes now, our 2017 report shows the impact is already setting in, and this makes it even more important for brands and publishers to know and act on trends,” said Wochit co-founder and CEO Dror Ginzberg. “And let’s remember that, even with algorithm changes, Facebook is second to none when it comes to opportunity to reach and engage with audiences. The best way to capitalise on that is to focus on delivering great video storytelling that will create meaningful engagement with your audience. This was true before Facebook’s announcement, is relevant across platforms as well as owned and operated sites, and it will remain true after it.”