Hotstar to stream IPL 2018 in VR | Programming | News | Rapid TV News
By continuing to use this site you consent to the use of cookies on your device as described in our privacy policy unless you have disabled them. You can change your cookie settings at any time but parts of our site will not function correctly without them. [Close]

Among other advances in event coverage by the 21st Century Fox-owned group, Star India’s digital platform Hotstar is to stream the IPL T20 cricket tournament in virtual reality (VR). 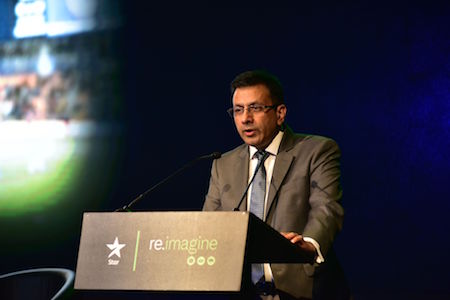 The IPL 2018 tournament will run from 4 April to 31 May 2018 and is being stretched into what the broadcaster terms “a six-month long fiesta” with “new age technology”, which began with the retention event in January, watched by 8.1 million people. Additionally, ahead of the player auctions on 28-29 January, fans for the first time will be able to get their voice heard by voting for their favourite players, at vivoiplelection.hotstar.com.

When the action begins on 4 April, an immersive VR experience on Hotstar will enable viewers to select camera angles and commentary language of their choice. Further customisation will be available through the ‘Super-fan feed’. A social experience will also be offered on Hotstar, complete with cricket emojis.

“Over its ten-year journey, the IPL has grown into the single biggest property by far on Indian television. And now that it is on the Star India network across both, television and digital, we are set to use the confluence of technology, consumer insight, and experience in cricket coverage, to broaden the outreach and experience even further,” said Sanjay Gupta (pictured), managing director, Star India.

“We are confident that the VIVO IPL 2018, as re-imagined by Star India, will empower viewers, advertisers and the media and entertainment eco system of India with greater convenience and viewing pleasure, audience deliveries and all-round growth.”

Star India won the media rights to the next five seasons of IPL in a US$2.55 billion deal with the Board for Control of Cricket in India (BCCI) in September 2017, after previously only holding the rights to stream matches on Hotstar.

Rahul Johri, CEO, BCCI, said: “Over the last decade, the BCCI has transformed the Indian Premier League from a radical new idea into India’s biggest sporting phenomenon and despite the scale of its success, the sky remains the limit for the VIVO IPL 2018.

“In Star India, we have a partner that not only believes in the immense potential of the IPL, but also believes in pushing the boundaries of sports broadcasting, which gives it the power and ability to take the IPL to even greater heights.”