TV still claims most-favoured screen status | Media Investment | Business | News | Rapid TV News
By continuing to use this site you consent to the use of cookies on your device as described in our privacy policy unless you have disabled them. You can change your cookie settings at any time but parts of our site will not function correctly without them. [Close]

Across all age groups in the US, watching TV shows accounts for more screen time than any other form of entertainment. 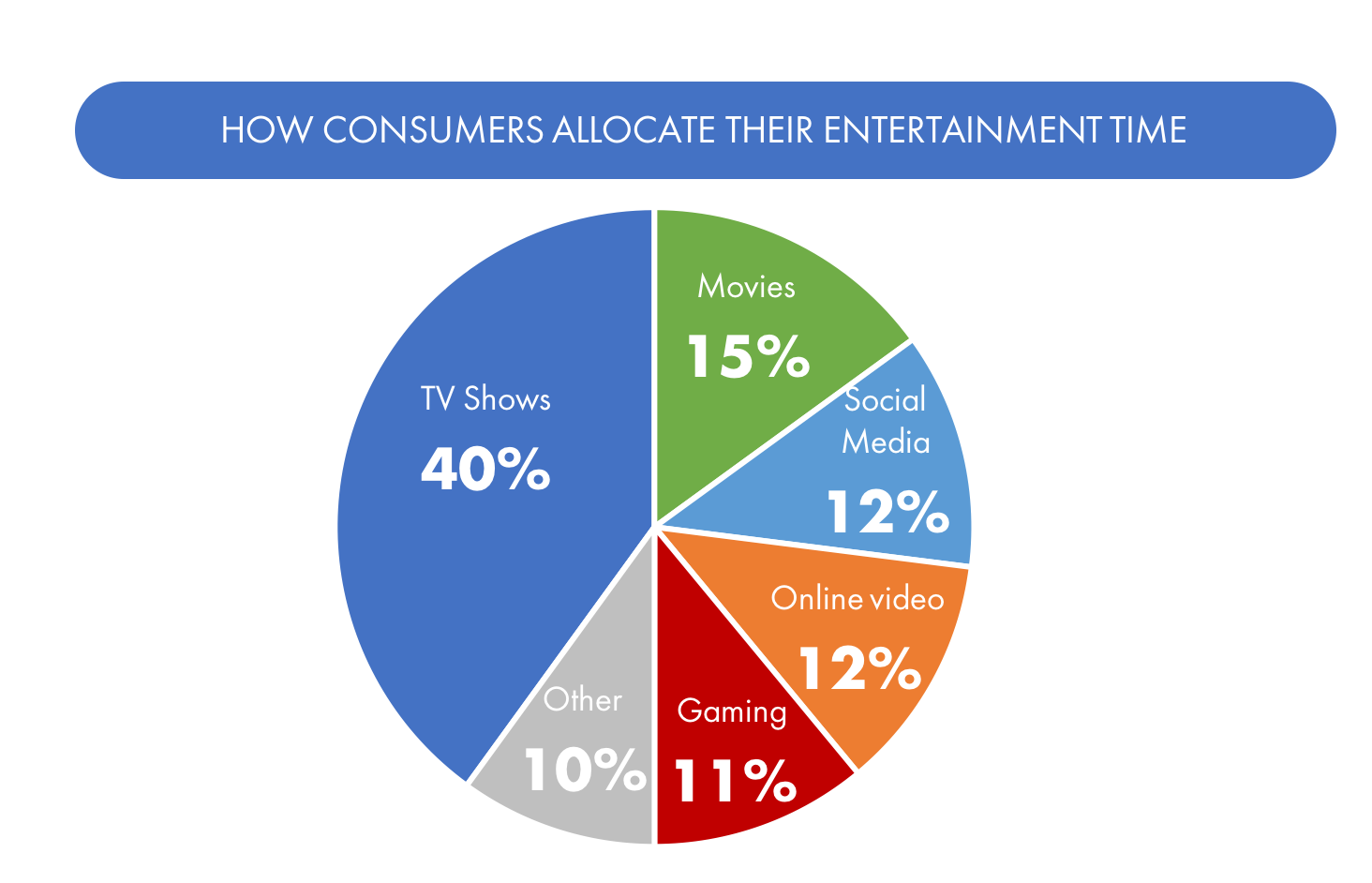 That’s according to Hub’s newest study, The Battle for Share of Mind, which surveyed 1,774 US consumers with broadband and who watch at least five hours of TV per week. It takes a deep look at how consumers allocate their time, and what makes them choose some categories or providers over others.

“Today’s consumers have instant access to an unprecedented range  of screen-based entertainment options – from live and on-demand TV, to videos on YouTube, to gaming, to social media,” the company said. “One thing that has not expanded, however: consumers’ disposable time.”

Respondents in the survey estimated that 40% of their entertainment time is spent watching TV shows, which is more than three times the amount they spend on either social media or watching YouTube videos.

That said, age matters: among younger consumers, gaming and YouTube are undermining TV’s dominance. Just 19% of entertainment time among 18-24 year-olds is spent watching TV shows, vs. a total of 43% spent on online videos and gaming.

“Given that we’re in the much-touted era of peak TV, it’s not surprising that TV shows are consumers’ first choice for entertainment,” said Peter Fondulas, co-author of the study and principal at Hub. “But there’s an equally important trend in our findings: even with more high-quality TV shows to choose from than ever before, TV faces fierce competition among young consumers, who spend the vast majority of their entertainment time with non-TV options, like social media, online video and gaming.”

The survey also looked at digital TV. When it comes to subscription streaming services, the ‘Big Three’ SVOD options serve different content needs, according to the results.

Similarly, consumers have distinct preferences for the networks they prefer for different genres, and Netflix is strongly in the mix. When asked which sources would make them most interested in trying a brand-new show, Netflix was No 1 in drama (ahead of HBO). Netflix also ranked first for original shows generally, across genres.

“Today a lot of the attention goes to the competition for premium video viewers, between pay-TV companies and Netflix, for instance,” said Jon Giegengack, co-author of the study. “But this research reminds us that for young consumers, things like short-form video and gaming are re-defining what it means to watch TV. Entertainment time is finite, and new habits formed today may dictate the size of the pie [that] premium video providers compete for in the future.”