CES 2018: ATSC finalises version 3.0 standard | Infrastructure | News | Rapid TV News
By continuing to use this site you consent to the use of cookies on your device as described in our privacy policy unless you have disabled them. You can change your cookie settings at any time but parts of our site will not function correctly without them. [Close]

In what it calls a major milestone in TV history, the Advanced Television Systems Committee (ATSC) has announced that its members have approved the remaining elements that together comprise the ATSC 3.0 suite of next-generation TV standards. 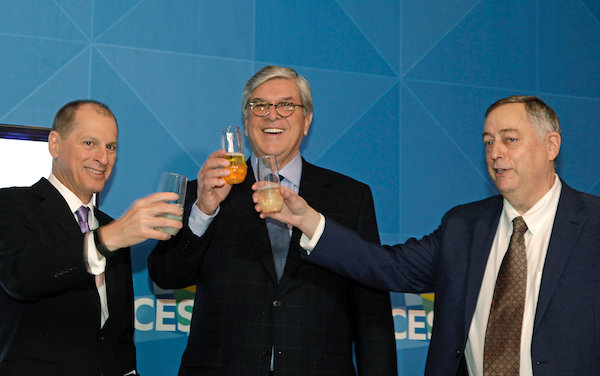 The release of ATSC 3.0 is the culmination of a five-year effort to re-think over-the-air broadcast television service in the Internet age. ATSC 3.0 is said to be the world’s first TV broadcast system based on an Internet Protocol backbone, offering compatibility with Internet-delivered content and services. It is designed to enhance greatly the capabilities of broadcast television to deliver enhanced content — including Ultra HD TV and superior reception for viewers — and personalised services such as user-tailored on-screen guides with recommendations and on-screen search of video-on-demand (VOD), streaming services and over-the-air TV. It can also offer custom home screens based on viewer preferences.

“Our suite of ATSC 3.0 standards paves the way for a new kind of television service, one that is far more flexible and adaptable than previous standards,” said ATSC president Mark Richer, commenting on the announcement. “ATSC 3.0 will bring historic innovations to broadcasters and to viewers, from robust transmission to immersive audio, and from 4K Ultra-HDTV to interactive services and more. The 20 individual standards that comprise the release of ATSC 3.0 will give broadcasters the ability to utilise new transmission methods and finally bring together innovations in both over-the-air and broadband services.”

“Coupled with the latest innovations in display and audio technology, Next Gen TV, powered by ATSC 3.0, will offer a breathtakingly immersive viewing experience with access to an array of innovative and interactive information services,” added Gary Shapiro, president and CEO of the US Consumer Technology Association. “While we forecast sales of digital displays to increase in 2018, we anticipate future growth will be driven in part by this exciting new technology and the amazing features it brings.”