Three-quarters of US consumers have a connected TV | Media Analysis | Business | News | Rapid TV News
By continuing to use this site you consent to the use of cookies on your device as described in our privacy policy unless you have disabled them. You can change your cookie settings at any time but parts of our site will not function correctly without them. [Close]

Three-quarters of US consumers have a connected TV

Smart TV ownership in the US has nearly doubled since 2013, with an average of three connected TV (CTV) devices owned per household. 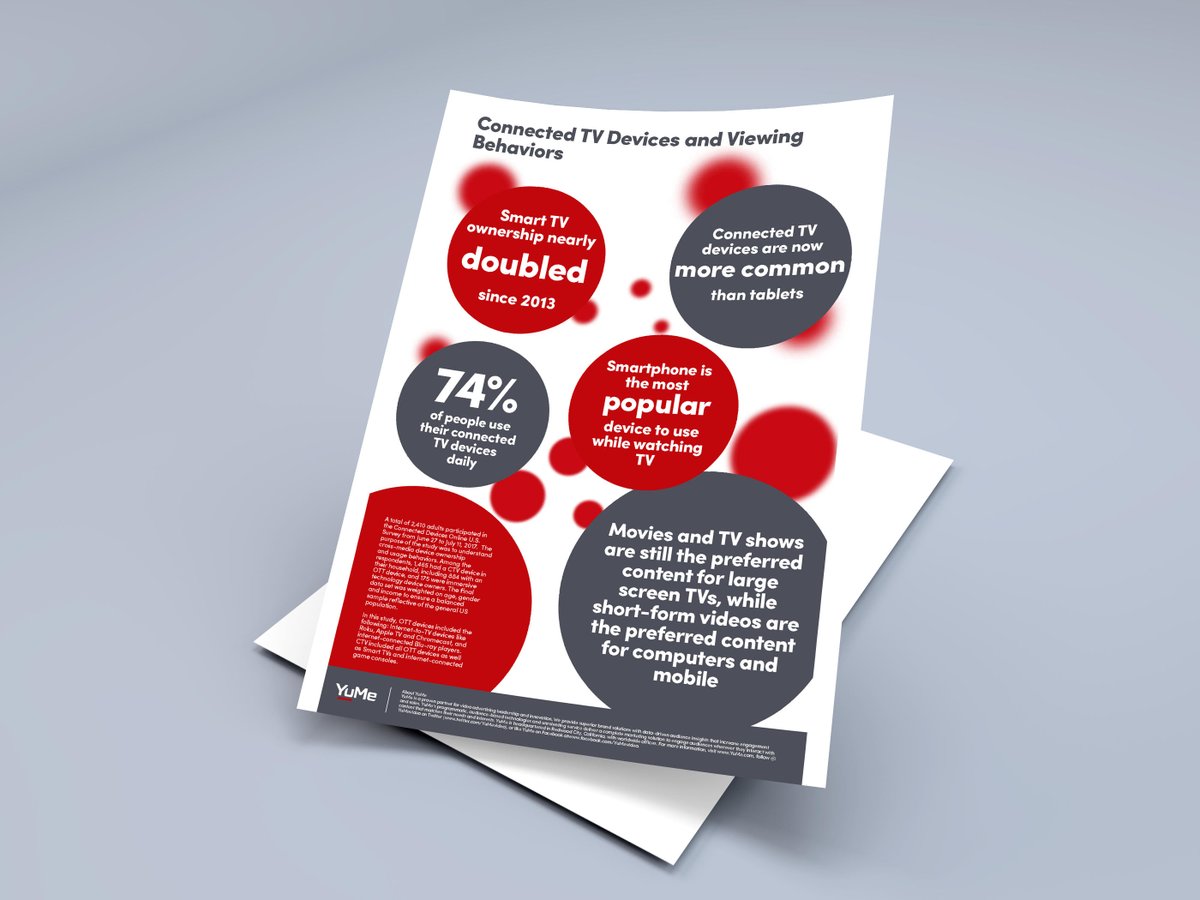 This is according to a study from YuMe and Nielsen on US consumers’ connected device ownership and use and the implications for advertisers. It found that 74% of people use their CTV device daily, and that CTV usage patterns mirror traditional linear TV. The highest usage was in the 8-11pm prime time block.

The YuMe Connected Device study also found that streaming media player ownership has increased 1.5-times since 2013, with an average of two streaming devices per household.

CTV devices are now more common than tablets; 60% of households own a CTV device, while 57% own a tablet. Meanwhile, smartphone second-screen usage has risen from 49% in 2013 to 51% in 2017. The smartphone is still the most popular device to use while watching TV.