Nickelodeon joins Claro OTT in Uruguay | OTT | News | Rapid TV News
By continuing to use this site you consent to the use of cookies on your device as described in our privacy policy unless you have disabled them. You can change your cookie settings at any time but parts of our site will not function correctly without them. [Close]

Nickelodeon and Claro have reached an agreement to add Noggin to Claro video’s over-the-top (OTT) platform in Uruguay. 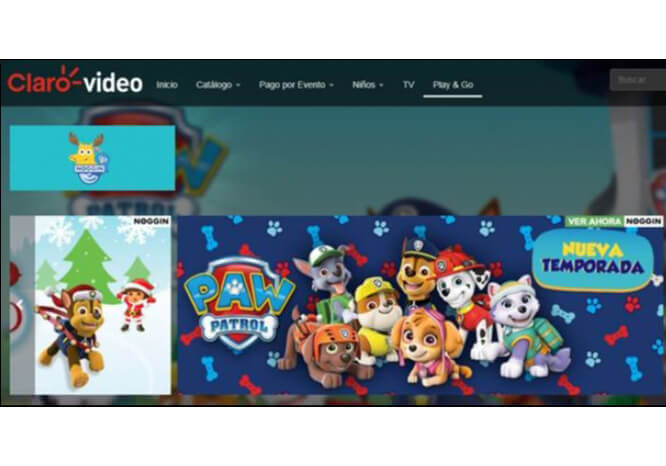 Aiming to boost Claro video’s entertainment options for kids in the country, Nickelodeon’s digital platform will be immediately available to Claro’s OTT subscribers.

Noggin won’t be part of Claro video’s basic subscription; an extra monthly fee will be required. As happens with many other subscription video-on-demand (SVOD) services, the first month will be free.

The Nickelodeon content includes some of the production house’s biggest hits, such as Rugrats, Rusty Rivets, Paw Patrol, Peter Rabbit and Fresh Beat Band of Spies.

In order to access the Noggin platform, subscribers will have two options: to download the dedicated app, available for connected mobile devices as well as computers and smart TVs; or to use the Claro video platform, in which Noggin is fully integrated.

Uruguay is one of the last Latin American countries in which Claro video was launched. The América Móvil-owned streaming service, the second most-used platform across the region after Netflix, was released in the South American country in March 2017.
Tweet