Tom Munro - CEO - Verimatrix | Predictions for 2018 | Rapid TV News
By continuing to use this site you consent to the use of cookies on your device as described in our privacy policy unless you have disabled them. You can change your cookie settings at any time but parts of our site will not function correctly without them. [Close] 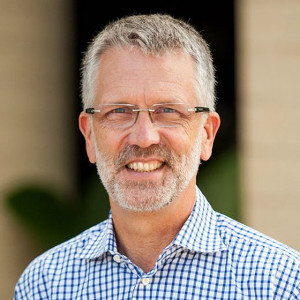 Forecast: Cloudy and Getting Cloudier


At Verimatrix, we live mostly in the realm of video distribution, securing video services from threats like piracy, redistribution, and copyright violations. Our Verspective solution adds analytics, measuring the details of technical delivery and audience interest. Both functions, security and analytics, have been available in cloud form for some time. But recently, interest has spiked.

What changed? Why is the cloud transition compelling now? In the past, our customers would talk about an undefined future in which some administrative functions, but probably never all video delivery, would be handled in cloud environments. Now, the conversation is about how and how soon.

Our view is that several things changed.

Many video creation and contribution workflows moved to the cloud. These functions play to the cloud’s strengths: project work, with uncertain scale and duration; quick adoption of new technologies and techniques; and economics tied to usage. And, once a critical mass of content is stored and available in the cloud, there’s no benefit to expense and complexity formerly needed to bridge the contribution and distribution worlds.

In the old model, video content is encoded, encrypted, uploaded to a satellite, downloaded to a cable head end, decrypted, decoded, re-encoded, and re-encrypted.  In the new model, the video content is encoded, encrypted, and stored in the cloud, where it can be delivered to cable head ends simply by exchanging encryption keys and URLs – and in many cases, delivered direct to consumers in the same way from the same platform. The savings, in infrastructure, labour, and workflow risk, can be enormous.

Another change is the proven scalability of adaptive bit-rate (ABR) systems. Cable and IPTV systems have depended on broadcast or multi-cast models for efficient video delivery. Why send out 100 million unique streams when we all watch the same sporting event?  And the mantra, even from leading CDN providers, has been that large scale unicast delivery would “break the internet.” The success of Netflix, Amazon, Hulu, and other OTT services tells the story. Video has gone ABR, and the internet isn’t broken.

Launch of the AWS Media Services – Based on AWS Elemental video solutions, the company is now offering an integrated suite of services that makes it easier to host the complete video workflow in the cloud.

The final change is about visibility. In the past, pay TV operators have had a strong bias in favour of capital investment rather than operating expenses. Financial analysts (and as a result, executive bonus plans) tracked EBITDA as a core performance measure, explicitly ignoring capital expenditures. In a new environment, where long term subscriber trends are uncertain, it may be more difficult to sponsor large multi-year capital projects.  If fewer households will subscribe in the future, or if households will drop some set-top boxes in favour of tablets and phone screens, it may be attractive to rent cloud infrastructure as and when needed.

SECURITY IN THE CLOUD

As a provider of revenue security, this is a highly significant trend because it brings together a number of other themes that have become increasingly visible.

In response to the security challenge posed by Ultra HD content, as set out by MovieLabs in particular, the industry has moved towards hardware-based roots of trust in client hardware to replicate the level of revenue protection long taken for granted in operator-owned set-top boxes. In line with the migration to the cloud, there is now a growing movement away from such boxes directly under operator control to retail devices purchased by the consumer.

This move towards commodity retail devices is strengthening the call for the kind of software based cloud-native renewable security, especially in the light of the high-profile Spectre and Meltdown vulnerabilities that have shown up at the hardware level.

This has emphasised the importance of instilling security right across the whole value chain starting with the hardware and then running through renewable security. After all a root of trust is a misnomer if it has vulnerabilities that mean it cannot after all be trusted.

In parallel with rise of the cloud there has been fast growing use of advanced analytics to drive many aspects of video content production, management and distribution, including QoE monitoring, recommendation and personalisation. Analytics is intimately connected with content security because that is the source for a lot of valuable data about entitlements and user actions. By the same token a lot of analytics data itself is highly sensitive or confidential and needs protecting against eavesdropping attacks to ensure privacy.

As both sets of functions move to the cloud the boundaries between them are dissolving further as they become increasingly inseparable. The two together also reinforce security monitoring in the cloud, which is becoming essential to provide early warning of impending attacks as well as enable fast response to the intrusions that inevitably will occur occasionally no matter how strong the perimeter defences are. That way any damage can be limited and locally confined.

With change comes new opportunities.  We are excited about this new phase in the video services industry and look forward to helping our customers and partners successfully make the shift.